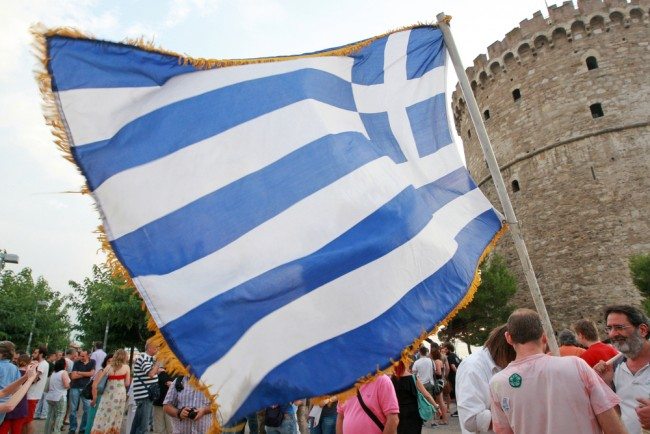 The chancellor travels to Brussels today determined to thwart efforts to raid emergency funds, which include British taxpayers’ cash, to help Athens to meet debt repayments while a fresh rescue package is finalised.

David Cameron believes that he won a commitment that the shared pot to prop up eurozone countries would never be used again, but Jean-Claude Juncker, the European Commission president, is desperate for the funds to stop Greece going into financial meltdown.

According to The Times, Greece needs €12 billion in emergency funding to prevent it defaulting on €6.7 billion in repayments to the European Central Bank and to pay back loans to the International Monetary Fund. “We need the money. We need it quickly and the European Commission tells us that it’s there,” a eurozone official said.

Britain’s share of the cash could be £850 million in liabilities if the emergency fund is raided, exposure that will incense Conservative Eurosceptics and cast doubt on Mr Cameron’s plans to renegotiate Britain’s relationship with the European Union.

Mr Osborne made clear that he will resist the raid during a series of phone calls with eurozone finance ministers yesterday. A Treasury source said: “Our eurozone colleagues have received the message loud and clear that it would not be acceptable for this issue of British support for eurozone bailouts to be revisited. The idea that British taxpayers’ money is going to be on the line in this latest Greek deal is a non-starter.”

To keep Greece from default, the commission has drawn up plans to “reactivate” the European Financial Stabilisation Mechanism (EFSM), a defunct €60 billion fund. It had been wound down after the eurozone created a much bigger and more flexible bailout fund to cope with its debt crisis. At that point, Mr Cameron was promised that it would never be used again to help countries with their debts.

The prime minister told MPs that he had “black and white . . . clear and unanimous agreement Britain will not be dragged into bailing out the eurozone”.

After a summit in June 2011, European leaders took a unanimous “council decision” to mothball the EFSM with a binding agreement that it “will no longer be needed [and] should not be used for such purposes”.

An EU official dismissed the pledge, however. “The council decision is a political agreement, and it can be argued that it does not prevent the activation of the mechanism,” she said yesterday. “It was a political agreement. At that time [Cameron] was correct, but the clause can be activated. The regulation can be reactivated.”

Jeroen Dijsselbloem, the chairman of the Eurogroup of finance ministers, confirmed that some urgent financing options could involve Britain to tap funds that “would indeed involve all member states”. France is backing the use of the EFSM, but Britain has support from countries including Finland and the Netherlands. Mr Osborne could be outvoted today if Wolfgang Schäuble, the German finance minister, backs France.

A No 10 spokesman said: “Leaders from across the European Union agreed that the EFSM would not be used again for the euro area, and that remains the prime minister’s view. We have not received a proposal and one is not on the table.”

The coming days herald turbulent parliamentary votes that could bring down the Syriza government in Greece. “Clearly the Europe of austerity has won,” George Katrougalos, the Greek reform minister, said. “Either we are going to accept these draconian measures or it is the sudden death of our economy. It is an agreement that is practically forced upon us.”