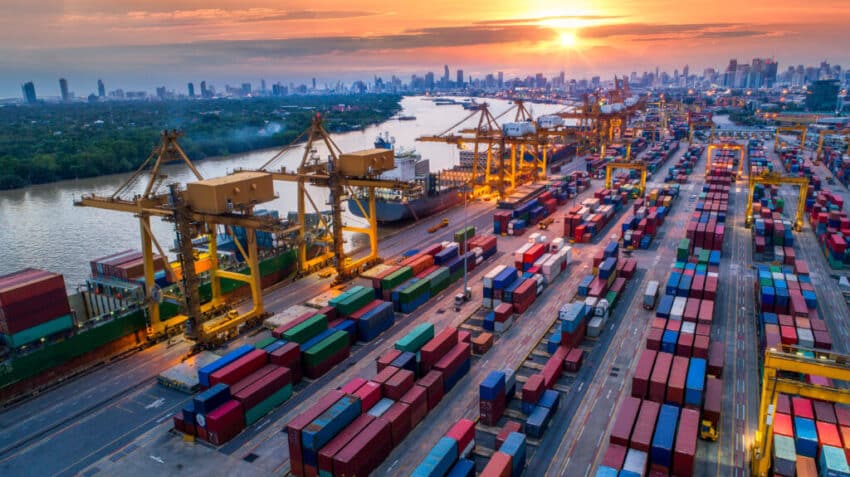 UK exports to EU countries shrunk by a record £20bn in just 20 months, according to new figures.

Sales to the EU dropped more significantly in 2021 than exports to any other country in the world, the ONS data shows, as UK to EU exports nosedived 12 per cent between January and December of last year, compared to the previous year.

Meanwhile, non-EU exports were down by 6 per cent.

In total, exports were down by 10 per cent. Supply chain disruption, new trade barriers and additional red tape were cited as the main reasons.

As a result, annual UK goods imports from outside the EU have surpassed the value of those from within it for the first time since ONS records began in 1997.

Imports from the UK’s nearest trading bloc totalled £22.2bn compared to £25.4bn from all other countries in 2021 as the end of the Brexit transition period combined with an increase in global fuel imports reversed the historical trend, analysis of the latest data from Ebury showed.

Cornelius Clarke, head of desk supporting UK SMEs at Ebury, said the figures were tangible proof of the impact of Brexit on the UK’s trading patterns.

“Evidently the end of the Brexit transition period has impacted trading relationships that many UK businesses have with their EU counterparts,” Clarke told Business Matters.

“Other factors at play were the restrictions faced by lorry drivers in response to the Alpha variant at the start of 2021 alongside global supply chain bottlenecks,” he added.

imports from China reached an all-time high in 2021 despite the rise in shipping costs indicating that UK businesses are already diversifying their supply chains.

“The ongoing free-trade negotiations with India could also present a significant opportunity for UK importers too in lowering costs and barriers to trade with a rapidly growing global economic superpower,” Clarke concluded.