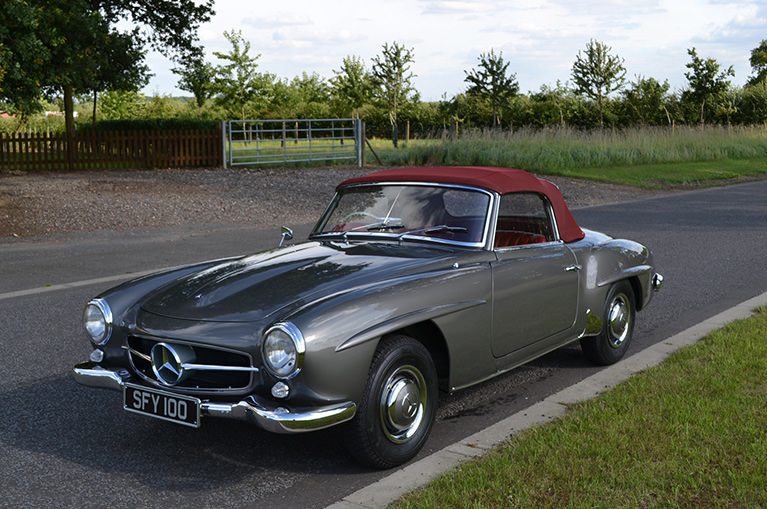 The value of classic cars is dropping for the first time in more than a decade, because there aren’t enough old-fashioned mechanics to fix them.

Figures from Coutts, the Queen’s bank, suggest that the value of the coveted cars has flatlined or even fallen over the past 12 months after soaring in recent years.

Since 2005 classic cars had proved a better buy than rare coins and other go-to investments for the canny-minded.

But Coutts report a price drop of 10.4% in the past year.

Philip Warner, co-founder of the Car and Classic website, said: ‘Prices have tumbled and that is in part due to the dire shortage of skilled mechanics.

‘That makes their future very uncertain.

‘Today’s generation expect to fix everything with their iPhone.

‘They are schooled to depend on computer diagnostics without opening the bonnet.

‘Sadly, the old grease-monkey is a dying breed of mechanic.

‘My generation was able to use a manual to strip down a car and put back together again.

‘I seriously doubt the future of classic cars as we know them.

‘At best we might see a more reliable modern engine powering a classic chassis.’

The retro car connoisseur has a collection of 12 old favourites including an S-Type Jag, reminiscent of the 1960s crime dramas.

David Mutch, owner of Clydesdale Classic Car Restorations, says it is a battle to find mechanics and panel beaters to keep up with the demand from owners wanting cars fixed.
His East Kilbride firm constantly advertises for skilled old-school car workers as the demand from collectors soars.

Mutch said: ‘Finding mechanics and panel beaters with the right skills is not easy. Today’s mechanics are trained to work on cars as fast as possible.

‘We work at a more meticulous pace. My own 1971 MGB Roadster is lying in a corner waiting to be fixed and I don’t know when we will get round to it.

‘Our work book is full and we have had to move to larger premises a few times to keep up with customer demand.’

Male supermodel David Gandy is a fan of classic cars as the owner of a Mercedes 190SL (pictured above) and a Porsche 365 with a combined value of £400,000.

Auctioneer Greg Robertson said: ‘We sold a Mercedes Pagoda for £43,000 to an Australian customer.’

Meanwhile, the Highland Green 1968 Mustang driven by Steve McQueen in Bullitt, which featured one of the movies’ most famous car chases, has been discovered in Mexico. Fully restored, experts think it could sell for $1 million.