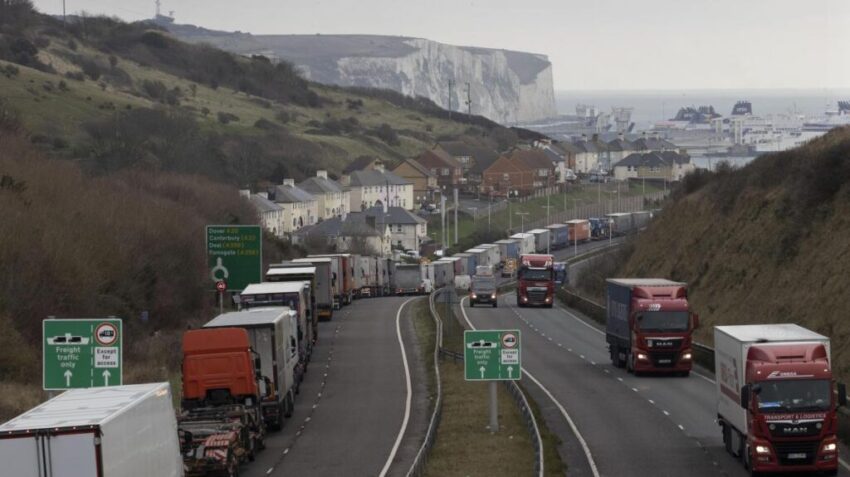 Home bakers and DIY enthusiasts look set to be the latest victims of the chaos at British ports as suppliers warned that orders might not arrive for Christmas.

Importers said customers who had ordered gifts such as baking accessories, food preparation devices and electronics, or people expecting popular tools, might not see their goods until the new year after container ships were delayed or diverted to European ports.

The warning came as the government tried to tackle the crisis by easing working restrictions for lorry drivers so they can help clear ports of goods.

A surge in demand for imports because of Christmas, companies stockpiling before Brexit and space taken up by stockpiles of personal protective equipment (PPE), have caused bottlenecks at British ports.

The problems have been exacerbated by logistical issues in global shipping that have led to many empty containers at European ports and too few in Asia.

The Department for Transport announced that it was temporarily relaxing rules limiting lorry drivers’ hours. But the change applies only to those carrying food and medical supplies such as vaccines and PPE. The change, which lets drivers work two consecutive six-day weeks, will last until December 30 and applies to goods travelling between transport hubs, warehouses and stores.

The British Home Enhancement Trade Association (BHETA) says its members are reporting delays of up to three weeks in deliveries from China.

Will Jones, chief operating officer, said a boom in demand for DIY and bakeware in the pandemic had reduced supplies that were not being replenished fast enough from the Far East.

“It’s fair to say there will be disappointed people who won’t be getting products in time for Christmas Day.”

He added: “Shoppers will start to see consumer choice particularly restricted in high volume products like kettles, toasters, coffee machines and kitchen utensils. A lot of power tools are also given as Christmas presents but I can see availability might be restricted.

“Delivery dates are being pushed back to January, and some to February.”

Some electronics retailers are also struggling to fulfil orders by Christmas. People wishing to buy Apple’s Airpod Max headphones will have to wait until at least January 11 for delivery, according to the company’s website. And Currys PC World, Argos and Amazon have all sold out of PlayStation 5s.

The problems at British ports could get worse after a no-deal Brexit. The House of Lords EU goods sub-committee warned the government that the UK was not ready for the end of the transition period. In a letter to Michael Gove, it said the necessary arrangements to avoid or mitigate significant disruption to the import and export of goods, were not in place.

Baroness Verma, who chairs the sub-committee, said: “We are very sceptical that the necessary physical customs infrastructure, both at ports and inland, will be ready. The government has not prepared enough for the realities of moving goods across the Channel. It has been too optimistic and this has been reflected in weak and undeveloped contingency plans at every level.”