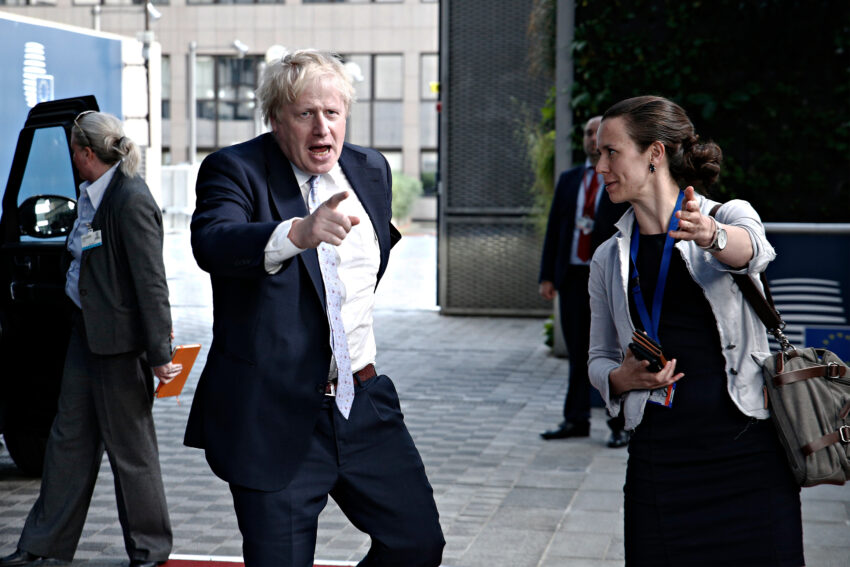 Splits have emerged at the heart of Downing Street after No 10 lined up behind Kwasi Kwarteng in his extraordinary cabinet row with the chancellor, Rishi Sunak, over whether to bail out firms struggling with energy costs.

Kwarteng, the business secretary, is in favour of more financial support for heavy industry and submitted a formal request to the Treasury for help on Monday, with government sources warning “household names” are at risk of going bust within days because of high gas prices. The steel, chemicals and ceramics sectors are among those struggling.

In contrast, Sunak is sceptical, with Treasury sources saying only one small steel company needed bailing out during the pandemic. A source in the department said the business department naturally wanted to stick up for the interests of industry and stakeholders while the Treasury “has the interests of the taxpayer to look after”.

Amid a growing briefing war between the two departments, No 10 waded in on Monday to say that the government was open to looking at “mitigations” to help industry and stress that it was listening to companies.

Boris Johnson is on holiday in Spain but his official spokesman said he was “closely involved”. A government source suggested No 10 had been irritated by a row making the front pages of several newspapers on Monday, in which a Treasury source accused Kwarteng of “making things up” when he told broadcasters he was in talks with Sunak about a possible bailout for industry struggling with energy costs.

No 10 on Monday backed Kwarteng’s account of events, saying that Treasury and business department officials were looking at ways to help manufacturers hit by the gas crisis. One government source said No 11 would ultimately “have to back down”.

Later on Monday, a cross-government effort got under way to dampen down the row, with aides trying to brief that the government was “united”.

Johnson’s official spokesperson said: “As you would expect, ministers from BEIS are working across government, including with Treasury, on this important issue, the challenges that are currently facing industry in light of global gas prices, and that will continue.”

He said it was “right to continue to listen to industry” and “see if further mitigations are necessary” on top of an existing scheme to help heavy industry with high energy prices.

“We recognise they are facing a particular challenge at this point and we’ll continue to discuss that with them,” he said.

But Treasury sources also pointed out that there had not been any formal proposal submitted on financial support for bailing out industry until about 4pm on Monday, arguing they had been correct to say Sunak’s department was not officially involved until that point.

The department will now examine whether there is a case to address any market failure, what the exit strategy for a bail-out would be, and how to justify taxpayer money being at stake. There is also anxiety within Whitehall about how it would look to financially support energy-intensive industry in the runup to the COP26 climate change summit.

Possible options under consideration include providing short-term loans or guarantees while gas prices are high – with all departments agreed that any support should not be long term– or rewriting the compensation scheme for energy-intensive industry.

Leaders of energy-intensive industries issued a new plea for help on energy costs during a second face-to-face summit with Kwarteng in three days on Monday.

The Energy Intensive Users Group (EIUG), which includes glassmakers as well as major employers in sectors such as steel, fertiliser and paper, said it welcomed the “urgency” shown by Kwarteng but called on the Treasury to follow suit.

“The involvement of other parts of government will also be required,” said EIUG chair Dr Richard Leese. “EIUG is looking for an equally swift response from HMT.”

The EIUG has called for short-term financial support to offset the soaring cost of gas and electricity, as well as more lasting measures to reduce the cost of electricity, which is significantly higher than paid by rivals in other countries such as France and Germany.

Paul Fecher, chairman of hygienic tissue manufacturing company Northwood Paper, Tissue and Hygiene, said the advice from government so far had been to raise the prices that the company charges to its customers, who include suppliers to hospitals, schools, restaurants as well as consumers.

“The government has said to go for price increases and we’re doing that as best as possible but that’s difficult in a marketplace that’s just recovered from Covid,” he said. “The best option would be to go to sleep and wake up when it’s all over but we can’t do that.”

The price of wholesale gas has risen 250% since January, leaving many businesses in crisis because many have not fixed their purchase prices and there is no energy price cap for companies, unlike for consumers.