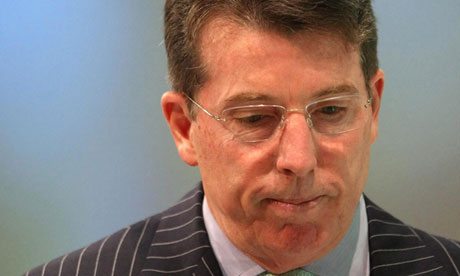 Nigel Green, CEO of the deVere Group, comments: “Mr Diamond’s departure should be a catalyst for fundamental change within the banking sector. The rate-rigging scandal, of which Mr Diamond is the highest-profile corporate casualty to date, galvanises calls for sweeping, industry-wide reforms as Barclays could not have been alone in rigging this market. This failure is, therefore, a failure of the banking system, not just one particular bank.”

He continues: “The furore surrounding the abuses that went on, which has lead to Mr Diamond’s dramatic exit, must be positively harnessed and used by the industry as a landmark moment to turn itself around.”

Mr Green says there are two key factors which must be addressed.

“It is clear that a systemic failure has taken place which suggests a regulatory failure. With this in mind, regulations must be reviewed and tightened.

“Secondly, there can be no other option than for the Treasury to split the banks’ traditional high street operations, which provide a simple but important banking service to the public, from their high risk, high reward divisions, so they’re allowed to invest and make money in the market.

“This ring-fence will protect ordinary savers if the investment banks sustain losses.

“Quite clearly the cultures of these two facets of banking are vastly different and, as such, the whole ystem needs to be restructured to ensure that the public and businesses get the service they deserve.

“If any lesson is to be learnt from this debacle, it is that the time for reform is now.”