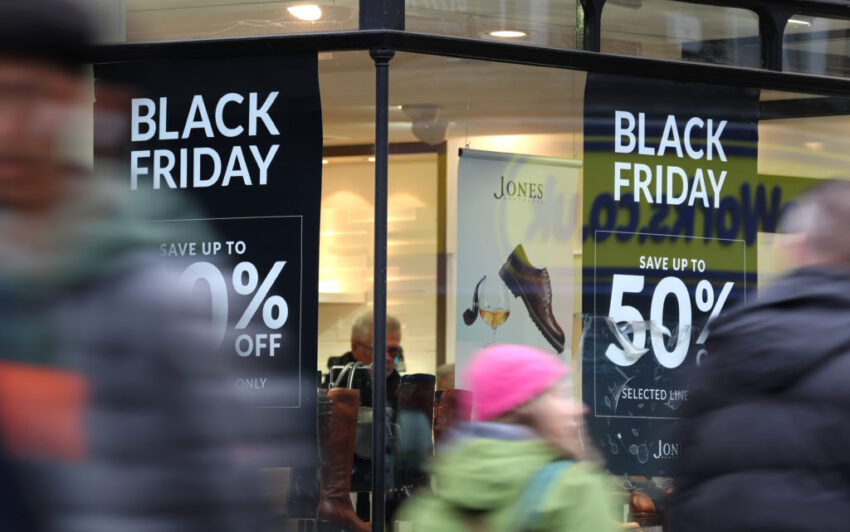 Black Friday failed to paper over the deepening cracks on Britain’s high streets and more high-profile closures are likely next year, according to advisory firm BDO.

Footfall on high streets was down 6.5% compared to last year’s Black Friday week, representing the biggest drop in three years, the data shows.

Meanwhile, online retailers like-for-like sales growth of 30.8%, the best week for non-store sales in the year to date and the strongest Black Friday week since 2014.

Sophie Michael, head of retail at BDO, said: “Retailers will be hugely disappointed with the flat in-store sales last week.

“Many have been manacled by a dire high street performance this year and forced to take part in Black Friday even at the cost of margin.

“They will be desperately hoping next month won’t mark the sixth but this Black Friday performance won’t be giving them much hope.

“Like it or loathe it, this American import is now firmly part of the UK’s shopping calendar and it takes a bold retailer to withhold discounting.

“The weeks leading up to Christmas are no longer the golden trading period but a discounting frenzy fuelled by attempts to entice shoppers into stores and rescue poor sales performance for the year to date.”

“Consumers are in charge now and it’s up to retailers to fight hard for their attention and pounds.

“Putting technology and the customer experience first, while making some tough decisions about their physical portfolio, will be the focus for retailers as we enter 2019.”