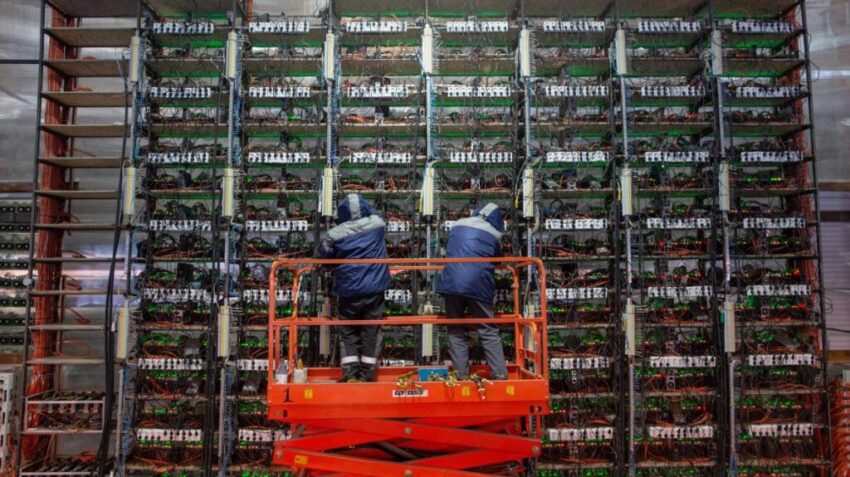 The value of bitcoin returned above $50,000 yesterday, drawing a line under a brief rout that highlighted the volatility of the world’s largest cryptocurrency.

The digital asset unravelled rapidly after scaling its latest record high earlier in April. Having hit $63,398.46, it fell by 21 per cent in less than a fortnight.

However, market commentators suggested that vast stimulus programmes designed to shore up the global economy could yet carry bitcoin to further peaks.

Last night in London the cryptocurrency had climbed by 6.7 per cent on the day to $53,904.

Bitcoin was created by a secretive software developer using the name Satoshi Nakamoto in 2008 and has no physical form. Trading of the currency has long been volatile, with sharp increases followed by heavy declines.

While intended as an alternative currency to pay for goods and services, bitcoin’s main use has been speculative trading. Supporters argue that this is about to change, however, as interest grows among investors and consumers.

It has reached a string of new highs this year, amid signs of acceptance by Wall Street and large corporations. Tesla, the electric carmaker led by Elon Musk, disclosed a $1.5 billion investment and pledged to accept bitcoin as payment for its vehicles; WeWork is starting to accept cryptocurrencies for office space; and Uber has indicated that it could do the same for rides and deliveries in future.

Against that, there is still considerable scepticism. Janet Yellen, the US Treasury secretary, called bitcoin an “extremely inefficient” means of conducting transactions. Analysts at JP Morgan advised clients in a recent note that the cryptocurrency’s ascent had been “steeper than any other financial innovation or asset bubble” in the past half-century.

While proponents deem bitcoin as “both financial innovation and hedge against dystopia”, JP Morgan suggested that it “exhibits similar risk-return characteristics to a leveraged start-up” after its slump this month.

Its rise this week appears to have been driven by investors seeking to buy in at a cheaper price.

Katie Stockton, managing partner at Fairlead Strategies, a research provider, told CNBC: “What we’ve seen so far is just a loss of short-term momentum, but long-term momentum is to the upside behind most cryptocurrencies.”

Video-conferencing firm Zoom has agreed to pay $86m (£61.9m) to settle a class action privacy lawsuit in the US.