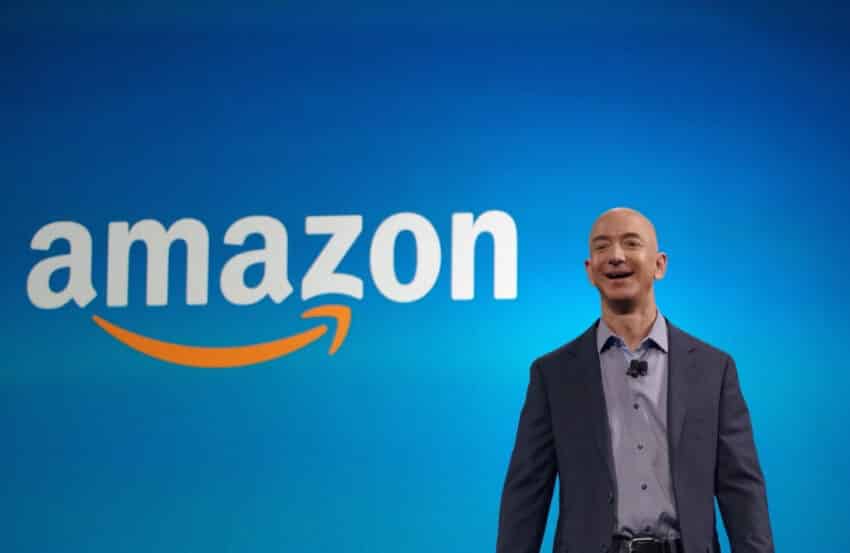 A British logistics start-up backed by the Amazon founder Jeff Bezos and other titans of the technology world is raising tens of millions of pounds to help it satisfy booming demand for its services.

It is understood that Beacon, which helps companies to manage their supply chains more efficiently, has sealed a $50m (£37m) Series B funding round led by Northstar.vc, a leading venture capital investor.

Upper90, another investor in early-stage companies, is also participating in the fundraising as a new investor in the business.

It provides services including global ocean, air and road freight, customs clearance, insurance and supply chain finance, all of which can be accessed and managed on a single platform.

The company helps importers to address cashflow needs by offering financing within 72 hours – a critical issue for importers who invariably have to pay suppliers before goods begin a shipment journey that can take several months.

Beacon boasts one of the most stellar investor registers of any early-stage company in the world, with Eric Schmidt, the former Google chief executive, Travis Kalanick, the Uber Technologies founder, and Marc Benioff, the Salesforce founder, chairman and chief executive, among its backers.

The venture capital firms 8VC and Expa are also among its shareholders.

Mr Bezos, Amazon’s executive chairman and one of the world’s wealthiest people, is understood to be participating in Beacon’s Series B round alongside other existing investors.

Freight forwarders act as agents between exporters and importers, taking a fee for the service they provide in arranging transport for goods from factories prior to their shipment.

The industry’s largest players include DHL, the global logistics group, and Kuehne + Nagel, although the sector as a whole is regarded as having been slow to embrace the digital age.

Beacon was set up to drive efficiencies in a historically fragmented industry, but has been a big beneficiary of the havoc that COVID-19 has wreaked on global supply chains.

One source close to the company said this weekend that since unveiling its $15m (£11m) Series A fundraising in May 2020, it had seen “hyper-growth”, with revenue growing 12-fold in the last year.

It now employs 180 people, up from 24 18 months ago, and has expanded into Asia through the opening of an office in Hong Kong.

The new funding, which could be announced early this week, is expected to be used to further expand Beacon’s workforce, develop its technology and expand into new markets.

It was unclear at what valuation the capital was being injected.