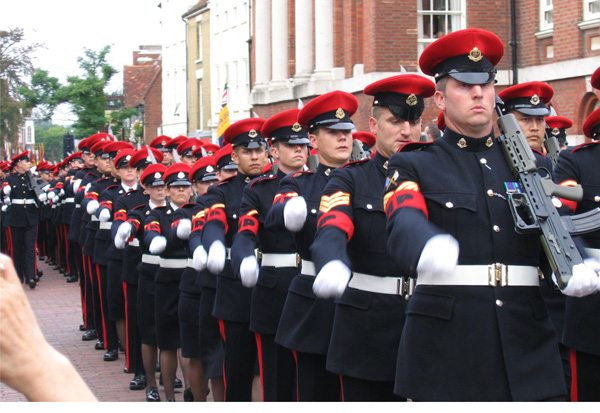 New research published today has found that people leaving the Armed Forces have limited access to funding to create a start-up business or succeed in self employment.

Mike Cherry, National Chairman of the Federation of Small Businesses (FSB), said: “FSB welcomes the ‘Self-employment and the Armed Forces Community’ report. It shows that self-employment can be a viable and rewarding career path for Armed Forces service leavers, as well a sensible choice for the partners and spouses of serving personnel. But it also shows that more support is needed from Government and charities to help more of the armed forces community to start-up and succeed in self-employment.

“This research finds that access to finance is a major barrier to successful self-employment for the Armed Forces community and I have been asking Government for some time to make access to finance easier for all self-employed people. This report shows that this would be particularly pertinent for service-leavers.

“FSB’s research has found that 21 per cent of the self-employed have struggled to access a mortgage with almost 50 per cent experiencing poor access to credit. FSB has called on the Government and the FCA to bring together industry leaders to work on addressing the current barriers that prevent certain communities, like service-leavers, from gaining good access to finance.

“This includes creating a more flexible set of mortgage repayment terms as well as asking lenders to take into account the wider assets of an individual such as stocks and future revenue as means to provide proof of regular income.

“This along with the recommendations set out in today’s ‘Self-employment and the Armed Forces Community’ report, including skills and training and mentor provision, will have a real positive impact on the success of service leavers and others from the Armed Forces community in self-employment.”