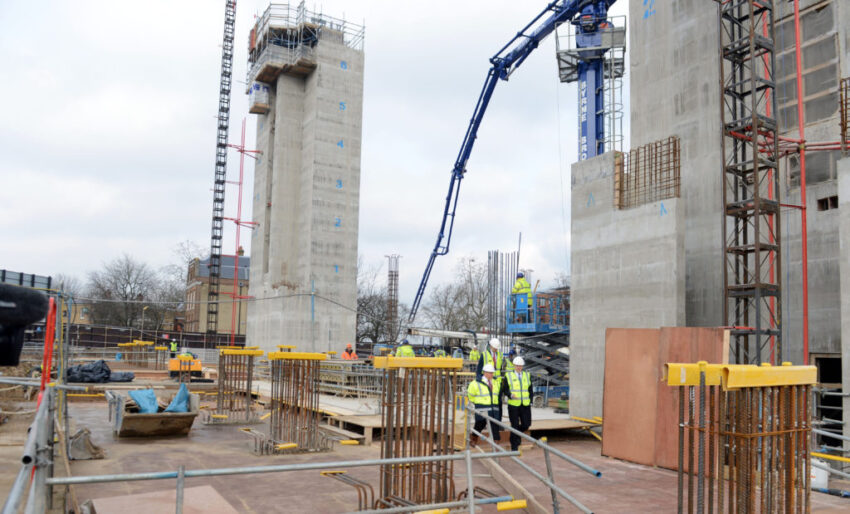 Housebuilder Berkeley has reported a sharp fall in profits as Brexit uncertainty and a slow property market continue to drag on the firm.

The group – which is focused on London and the South East – said on Friday that revenue fell 0.7% at £1.65 billion in the six months ended October 31.

Berkeley said the market in London and the South East “lacks urgency” and underlying demand is constrained by a macro uncertainties and policy interventions, such as high transaction costs and mortgage restrictions.

On Brexit, Berkeley said that, while Britain’s EU divorce is hitting sentiment and confidence, it believes London will remain a “vibrant, tolerant and diverse global city” which will continue to see demand for housing increase.

He said: “Businesses want certainty but people have to be pragmatic. We need frictionless trade and the agreement gives us that.”

Berkeley also upgraded its profit guidance by at least 5% following what it called a “resilient” start to the year.

The upgrade comes after the group has repeatedly warned of a profits fall next year, having previously forecast a drop of around 30%.

The group said: “With the resilient start to the year, Berkeley is increasing its pre-tax profit guidance for the current year by at least 5% and now anticipates a similar split between the first and second half to last year when 55% was earned in the first six months of the year.”