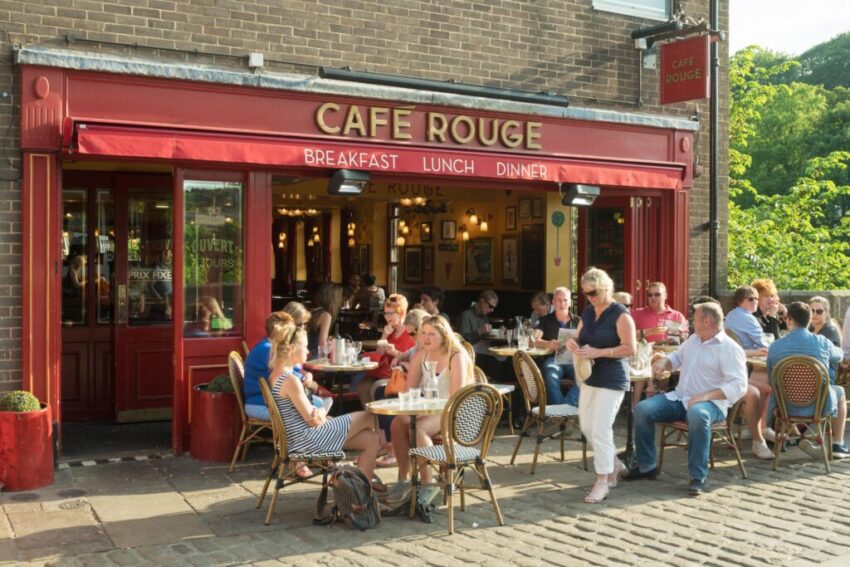 The future of 6,000 workers is in doubt at Bella Italia and Cafe Rouge after its owner confirmed a notice of intent to appoint administrators has been filed at the High Court.

The restaurant group, which also operates the Las Iguanas chain, said the move will give the firm 10 days breathing space to consider ‘all options’ for restructuring.

Earlier on Monday, the company confirmed that it is working with advisers from corporate finance firm AlixPartners over a potential restructuring programme aimed at putting the restaurant group on a sustainable footing.

A Casual Dining Group spokeswoman said: ‘As is widely acknowledged, this is an unprecedented situation for our industry and, like many other companies across the UK, the directors of Casual Dining Group are working closely with our advisers as we consider our next steps.

‘These notifications will also protect the company from any threatened potential legal action from landlords while we review the detail of the Government advice, and formulate a plan for the company in these difficult times.’

The announcement comes amid reports that troubled rival chain Carluccio’s is closing on a rescue deal which could save 900 jobs at the business.

Restaurant chains have been hammered by the coronavirus pandemic after the Government-mandated lockdown forced them to shut their doors in March.

Last month, the Restaurant Group announced it would close down the majority of its Tex-Mex Chiquito restaurants. It said 61 out of 80 branches wouldn’t reopen following the coronavirus crisis.

Leaders in the sector have warned that social distancing measures on reopening will significantly hinder profitability in the industry.

It is understood that a variety of arrangements are still being looked at by the Casual Dining Group, including company voluntary arrangement (CVA) restructuring deals or the administration of specific brands.

The group, which has furloughed the majority of its staff, traded from around 250 sites across the UK before the lockdown.

It is understood the group has seen profitability improve since it agreed a refinancing deal with US private equity firm KKR in 2018.

Meanwhile, the owner of rival chain Giraffe, Boparan Restaurants, is reportedly closing on a deal to buy Carluccio’s in a move which would save around 900 jobs.

Sky News said Boparan is looking to conclude a deal which would include taking over the Carluccio’s brand, head office and approximately 30 restaurants.

Last month, insolvency experts from FRP Advisory were appointed as administrators to Carluccio’s, which had around 70 sites before the pandemic.