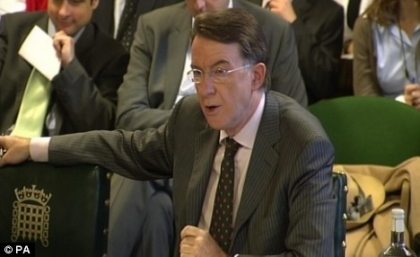 In the House of Commons on 2 April, the Conservative Party’s Mark Prisk, who is the Shadow Minister for BERR and MP for Hertford and Stortford, asked the Economic Secretary to the Treasury and Dudley South MP, Ian Pearson, about the panel. He was told that, because it discussed ‘commercially sensitive’ data, no minutes were being published. However, in its earlier assessment of the Pre-Budget Report, published on 28 January 2009, the Treasury Committee recommended that the panel ‘provide regular updates on the actual lending by the banks to the real economy’.

“There is a real sense of confusion about the amount of money being lent by the banks and the nature of that lending,” said the Matt Goodman, Policy Representative for the Forum of Private Business (FPB). “Our members are reporting little change in their ability to borrow, which has been severely compromised as a result of the credit crunch. In addition, we are hearing about steep fees, excessive charges and additional security being demanded. Consequently, confidence in both the Government and banks is eroding.”

Research carried out by the FPB shows that the real cost of borrowing from banks remains restrictive for small businesses.

As part of its submission to the Government ahead of the 2009 Budget, the FPB presented the findings of its fifth Economic Downturn Panel survey of members, which took place between 4 and 11 March 2009. In all, 35% of respondents called for action in the forthcoming Budget to improve access to finance, while 29% wanted measures to reduce the cost of credit.

The survey showed that, for 94% of the businesses surveyed in March, terms and conditions of loans had not improved. On average, interest rates were 5.6% over the Bank of England base rate (at 1% during the survey period). In total, 81% of respondents saw no change in the terms and conditions of overdrafts, with interest rates 5.8% above the base rate, on average. In addition, 24% reported increases in banking fees in March.

Not a single respondent said that bank support has improved. Half reported no improvement and 50% said it is getting worse. The Government fared little better, with 59% believing that support from the Government has not improved and 35% that it has deteriorated. Only 5% said the Government is providing them with better support.

The latest figures from the British Bankers’ Association (BBA) show that overall bank lending increased by more than £200 million in February 2008, similar to the rise in January. However, crucial overdraft lending has not been restored to the level it reached pre-December 2008, when overdrafts fell dramatically by £457 million. In addition, the number of businesses establishing new banking relationships decreased in February.

Despite slashing interest rates by almost 5% since October 2008, to a record low of 0.5%, the Bank of England has been forced to introduce quantitative easing and is meeting to discuss additional measures to stimulate finance.

Basil Knight is the managing director of Knight Engineering in Andover, Hampshire. He needed an overdraft for just £1,000 in order to pay his employees’ wages. Although the bank was aware the money would arrive in a few days, he was rejected.

“They just refused point blank. I had to pay my staff half their wages on the Friday, and half the following Tuesday,” said Mr Knight. “My area manager wanted to help me but his boss refused – he said I was not eligible for an overdraft because I was on invoice financing.”