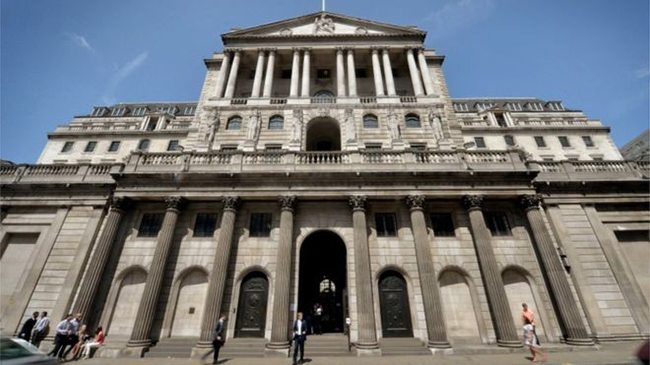 UK inflation may not pick up in the second half of the year, and there are risks of fallout from emerging economies, he said in a speech.

Should those risks materialise, a rate cut would be a viable option, he said.

UK interest rates have been held at a record low of 0.5 per cent for more than six years.

Softening employment figures and weakening surveys on manufacturing and construction output suggested growth in the UK could slow in the second half of the year and inflation might not pick up as expected.

Furthermore, problems in emerging markets could be a drag on UK growth and the headwinds from those economies were unlikely to abate any time soon, Mr Haldane added.

He described recent events in Greece and China as “the latest leg of what might be called a three-part crisis trilogy.”

“The balance of risks to UK growth, and to UK inflation at the two-year horizon, is skewed squarely and significantly to the downside,” Mr Haldane said.

The case for raising interest rates was “some way from being made”, he added.

“Were the downside risks I have discussed to materialise, there could be a need to loosen rather than tighten the monetary reins as a next step to support UK growth and return inflation to target,” he said.
‘Spouting rubbish’

“Sorry to say but Andy Haldane’s spouting rubbish here,” he tweeted. “Cutting interest rates from all-time low is unnecessary. Doing so when economy in 7th year of recovery totally foolish.”

“Andy Haldane seems to have no concept of longer-term need for interest rates to strike balance between savers and investors,” he added.

According to Howard Archer of IHS Global Insight, Mr Haldane has “cemented his place as the arch-dove” on the Monetary Policy Committee (MPC).

“While there is currently considerable uncertainty as to when the Bank of England is likely to start raising interest rates, Andy Haldane’s stance looks isolated within the MPC,” said Mr Archer.

His views seem to be at odds with fellow MPC member Ian McCafferty, “who has voted for an interest rate hike from 0.50 per cent to 0.75 per cent at both the August and September MPC meetings”.

“Furthermore, Martin Weale and Kristin Forbes have both indicated their belief that interest rates will need to rise sooner rather than later,” he added.