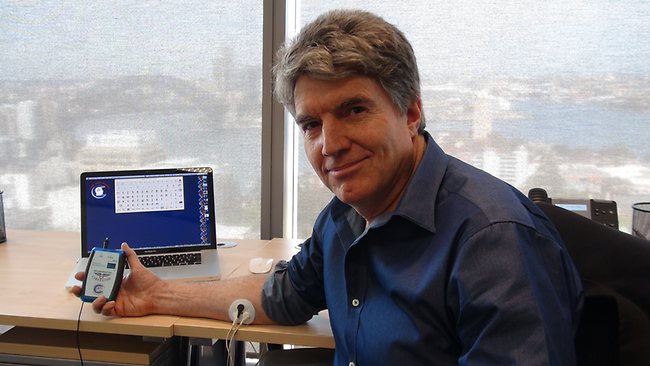 Last night, The Duke of York announced Control Bionics, an Entrepreneur from Australia, as the winner of the inaugural Pitch@Palace Commonwealth.

Control Bionics has created the ‘NeuroNode’, the world’s first wearable, wireless, clinical-grade bionic system for controlling smartphones, computers and robotics with the electrical signals inside a muscle – even if it is disabled.

It beta-tested its technology with Professor Stephen Hawking and has already delivered life-changing neuro electrically-controlled communication to many disabled people. Control Bionics competed against 40 other Entrepreneurs from Commonwealth countries, who Pitched their business ideas to an Audience convened by The Duke of York, comprising Commonwealth Heads of State and Government Ministers, CEOs, Influencers, Angels, Mentors, potential Investors and Business Partners.

Peter Ford, (pictured) founder of Control Bionics and winner of Pitch@Palace Commonwealth 1.0, said: “This has been an amazing experience and The Duke of York has constructed an extraordinary machine for Entrepreneurs like us: whether you’re a start-up or a scale up, the competition is guaranteed to help you enormously. We’ve already picked up some incredible contacts from other countries; from Malaysia, from Pakistan, the Middle East and the UK. We’re just working out how to properly reap the benefits of the amazing Pitch@Palace network, but we know this is going to help us for decades!”

Speaking at Pitch@Palace Commonwealth, The Duke of York said: “It is a great honour to be able to bring Entrepreneurs from across the Commonwealth to London for the Commonwealth Summit. It has always been at the centre of my work in Entrepreneurship to build Communities who by collaborating can support building Prosperity and Creating Jobs for our Young People.  You cannot underestimate serendipity, and connections from this evening’s event will make a huge difference.”

In line with the Commonwealth Summit’s theme, ‘Towards A Common Future’, the theme of Pitch@Palace Commonwealth was ‘Human Technology – Benefits for Humanity’, addressing the need to build a healthier and more sustainable future for mankind.  Alongside Control Bionics, the Audience at St. James’s Palace voted Canadian business Orpyx Technologies, Nigerian company DIYlaw and Slimdown360 from Trinidad and Tobago as runners up. Slimdown360 was also named winner in the public vote, The Pitch@Palace Commonweealth People’s Choice Award.

As part of the Pitch@Palace Global network, Pitch@Palace Commonwealth builds connectivity between Commonwealth countries and other key markets.  Pitch@Palace was founded by HRH The Duke of York in 2014 as a platform to amplify and accelerate the work of Entrepreneurs globally.