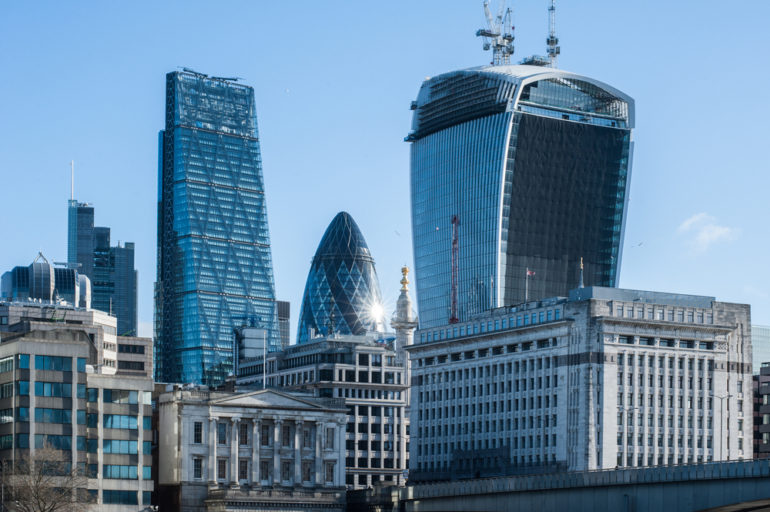 The sales of two of London’s most iconic skyscrapers pushed overseas investors’ interests in central London offices to record levels last year, as buyers from the far East flocked to the capital.

Figures by CBRE showed investment in central London offices swelled by 26 per cent to £16.4bn last year, after £3.5bn was invested in the market in the final quarter of the year.

Some 81 per cent of investment volumes came from overseas, with Asian buyers making up more than half of that, at £6.9bn.

Investors from Hong Kong spent £5.9bn on London offices – more than the amount spent by investors from the region over the past three decades combined.

That was boosted by the £1.2bn sale of the Cheesegrater to Hong Kong -listed developer CC Land in March, and the £1.3bn sale of the Walkie Talkie to herbal medicine maker LKK Health Products, which is also based in Hong Kong, in July.

During the fourth quarter, investors from Asia, the US and the UK each accounted for a quarter of all transactions, while European investors made up 16 per cent of the total. Of those selling stock, 65 per cent were based in the UK.

“London has been a focal point for global investors since recovering from the financial crisis, with interest reaching a new high peaking in 2017,” said Chris Brett, head of international capital markets at CBRE.

“Increasingly over the course of the last 12 months we have seen this wave of investment into London pushing capital into more affordable, up-and-coming cities like Manchester and Birmingham, as some investors are unable to compete with the international money coming into London.”