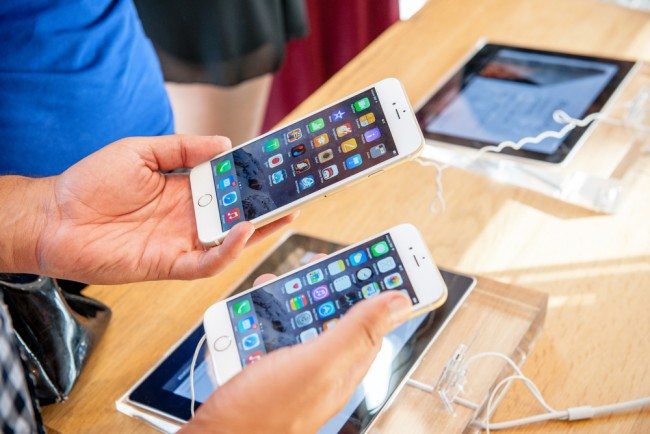 Apple has been ordered to remove some iPhone models from its stores in Germany over a patent dispute with chip giant Qualcomm.

A court ruling in Munich on 20 December found Apple had infringed patents on power-saving technology.

The bond will fund damages awarded to Apple if the iPhone maker wins its appeal against the injunction.

The German case is Qualcomm’s third attempt at blocking the sale of iPhones. The California-based chip maker has made patent infringement claims against Apple in the US and China already.

The court ruling in Munich in December included the sale of iPhones by third party sellers, such as mobile phone operator shops and other retailers, as well as those sold in Apple’s 15 branded outlets.

However, Apple and some observers, believe third party sellers will be able to continue selling the iPhone models in question, according to a report from Reuters.

The iPhone XS, iPhone XS Max and iPhone XR models will still be available at Apple stores and from other retailers.

When the initial judgement was announced in December, Apple said that it would appeal the decision.

“Qualcomm’s campaign is a desperate attempt to distract from the real issues between our companies,” said an Apple spokesman at the time.

“Qualcomm insists on charging exorbitant fees based on work they didn’t do and they are being investigated by governments all around the world for their behaviour.”

Under German law, judgements become enforceable once the winner of the patent dispute posts bonds covering potential damages incurred by the losing party, in case the judgment is overturned or amended on appeal.

In early December, Qualcomm won an injunction against Apple that also banned the sale of some iPhone models in China, ranging from the iPhone 6S to the iPhone X. That ban was the result of a different dispute concerning software patents.

However, Apple said all of its iPhone models remained on sale in China, following a software update from Apple and pending a further legal ruling there.

Qualcomm’s executive vice president and general counsel Don Rosenberg said in December: “Two respected courts in two different jurisdictions just in the past two weeks have now confirmed the value of Qualcomm’s patents and declared Apple an infringer, ordering a ban on iPhones in the important markets of Germany and China.”

Qualcomm did not respond to Apple’s statements.

Qualcomm has also sued Apple in the US, accusing it of sharing its technology with rival suppliers.

Technology firms often choose to litigate in Germany, alongside key markets such as China and the US, because the German court system rules more quickly on patents than in many other countries. It may also be easier to get an injunction blocking further sales in Germany, according to PCWorld.

Germany is also the largest market in Europe, with the potential to have a large knock-on impact on other countries within the EU.