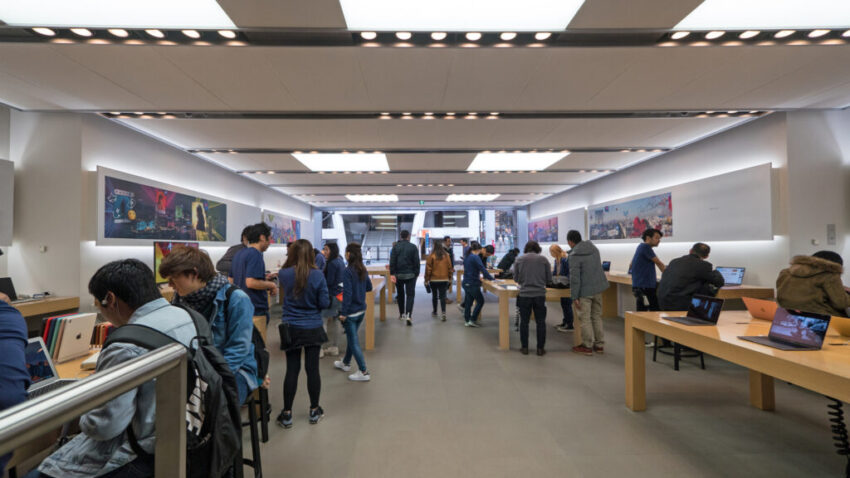 Apple is pushing for huge rent reductions across its UK stores despite its sales soaring to new heights during the lockdown.

The tech giant has told landlords of a portion of its 38-store estate in the UK that it wants rents slashed by up to 50% and a rent-free period. In return, it has offered to extend leases by a few years.

The tough tactics have caused consternation among property owners. Despite all its stores being forced to close as the pandemic swept around the world, Apple reported last week that second-quarter sales jumped by 11% to a record $59.7bn (£45.6bn). The iPhone-maker posted a profit of $55.3bn last year.

Apple is seeking to bring its rents into line with other retailers, many of which are benefiting from cut-price deals as landlords struggle to keep their shopping centres occupied.

Last year, Apple UK posted sales of nearly £1.4bn and profits of £32.8m. A dividend of £25m was paid to its Irish parent company and the UK business paid £6.2m in tax.

Apple said that, while its stores were closed, online demand for iPhones and iPads was “phenomenal” during the lockdown.

Its outlets are among the most profitable in the industry and their popularity means that landlords are desperate to keep the Silicon Valley titan as a tenant.

The company’s proposals are understood to relate to stores with several years left to run on their leases, meaning that landlords are not yet obliged to make a decision. Apple declined to comment.

Last week, Apple boss Tim Cook appeared before American politicians, alongside his peers from Facebook, Google and Amazon. They faced questions about whether they are abusing their market dominance to crush competitors and squeeze consumers.