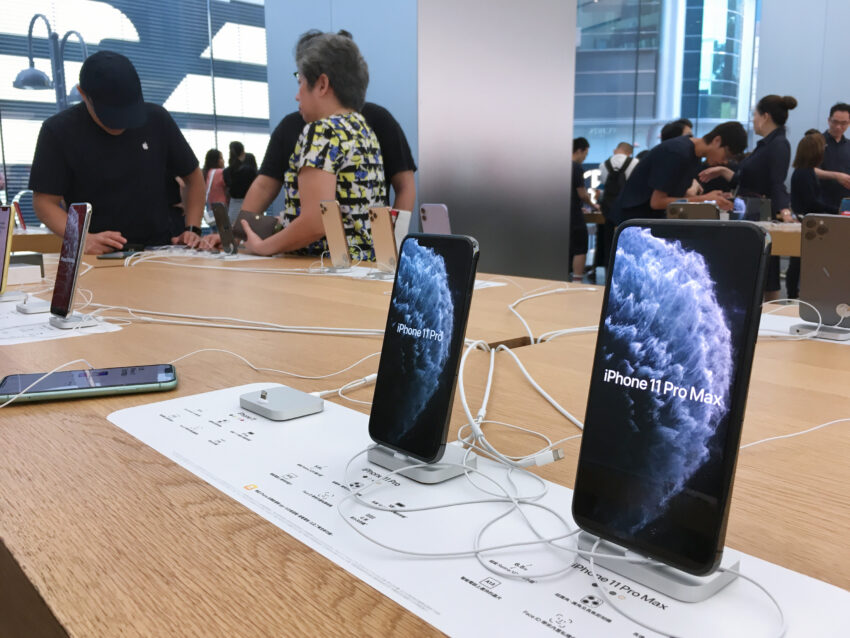 Robust demand for the latest iPhone propelled Apple’s quarterly sales and profit to record levels even as the technology group grappled with supply chain issues during the key holiday trading period.

The company surpassed expectations on Wall Street last night as it revealed that revenue in China, a key driver of its growth, had surged by more than a fifth.

It said that persisting chip shortages remained difficult to predict, but was confident that supply challenges would ease over the coming months.

Apple, based in Cupertino, California, makes iPhones, which typically generate half its overall sales, as well as iPad tablets and Mac computers. It also sells software through the Apple store, storage space via the iCloud and provides music, television and fitness subscriptions services. It is the world’s largest public company and last month fleetingly became the first $3 trillion business. Shares in Apple have since come under pressure amid a broader sell-off of technology stocks.

Tim Cook, its chief executive, said: “This quarter’s record results were made possible by our most innovative line-up of products and services ever. We are gratified to see the response from customers around the world at a time when staying connected has never been more important.”

It is the latest of America’s giant technology companies to update shareholders on the last quarter of 2021. Amazon, Alphabet, the owner of Google and YouTube, and Meta Platforms, the owner of Facebook and Instagram, are due to follow next week.

Luca Maestri, Apple’s chief financial officer, cited a “very strong customer response” to its recent product releases, as well as the continued growth of the group’s services division, which includes its streaming platforms.

Before the release Will Power, a senior research analyst at Baird, said that he did not think Apple was yet “fully out of the woods” as supply disruptions continue to ripple through the global economy, adding that another issue was maintaining sales momentum after a string of robust quarters.

“Our sense is that supply chain issues have improved from where they were entering the quarter, but that’ll be a big focus still for investors to better understand where that sits,” he said. “The bigger questions are probably going to be around pull forward. They clearly were a beneficiary of the pandemic.”

Dan Ives, of Wedbush Capital, suggested that Apple had navigated supply chain issues “in almost Teflon-like fashion” amid strong demand for the iPhone and its services businesses.

Speculation continues to swirl around Apple’s development of new products, including a move into the car industry. Cook, 61, declined to comment on the company’s automotive aspirations last autumn and acknowledged that it has long sought to keep such plans under wraps.

This week Bloomberg News reported that Apple was planning to launch a service that enables small businesses to take payments via iPhones.

While it retains a vast cash pile, few expect Apple to follow Microsoft, which has just agreed to buy Activision Blizzard, the video games group, for $68.7 billion, and unveil a blockbuster acquisition soon. “They really haven’t done any large acquisitions ever . . . and so we’re not expecting anything significant,” Power said. “On the other hand, I think investors would probably applaud something that helped to diversify the revenue stream and took advantage of the cash balance and cashflow they generate.”