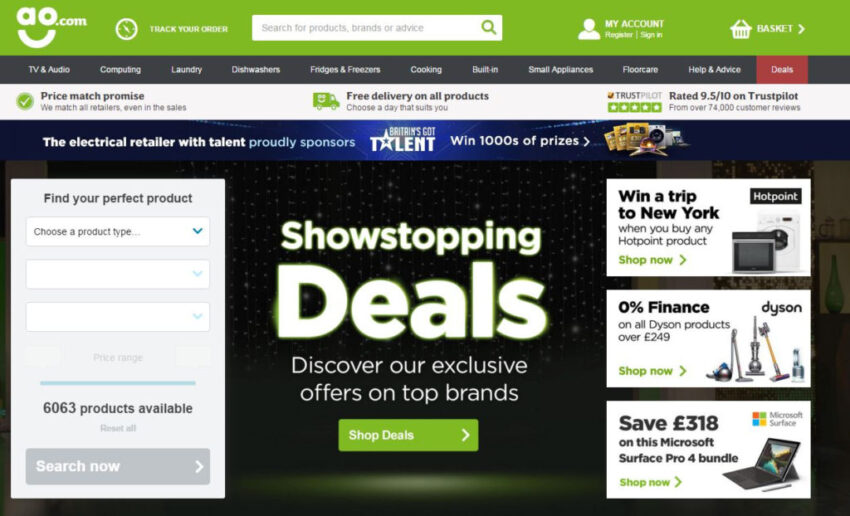 AO World has warned of shortages of electrical products and delivery drivers before Christmas, as coronavirus disruption pushed one of the pandemic winners into a £10m loss between April and September.

Issuing its second profit warning in two months, the online retailer said shortages had been particularly acute in electronics such as Apple’s iPhone and games consoles including Sony’s PlayStation and Microsoft’s Xbox.

AO World, which started selling mainly white goods such as washing machines, said it was experiencing “meaningful supply chain challenges with poor availability in certain categories, particularly in our newer products where we have less scale, experience and leverage”, before popular shopping periods including Black Friday.

The company highlighted a shortage of components for manufacturers, which are in a global battle for supplies of semiconductor chips that are used in devices from toothbrushes to electric cars.

Its shares plunged 25% to 94p after the profit warning on Tuesday and are currently 77% below their value at the beginning of the year.

AO, founded by its chief executive John Roberts in 2000, had soared in value during the pandemic, as store closures for large parts of 2020 and 2021 plus increased household savings adding to consumer spending power. That helped the company surge past its 2014 float price of 285p a share, and it broke above 400p for the first time in December as investors looked for companies that could continue selling through lockdowns.

AO said it had remained “resilient”, with revenues up 6% year on year to £761m in the six months to 30 September. However, it lost £10m before tax during that period, compared with a profit before tax of £18m in 2020.

Roberts said: “Our results over this period have inevitably been affected by the constraints and uncertainty seen across our industry. We’ve materially cemented the progress of last year, with a step-change in scale and consumer behaviour – and the fundamentals of the business are in place for sustained growth.”