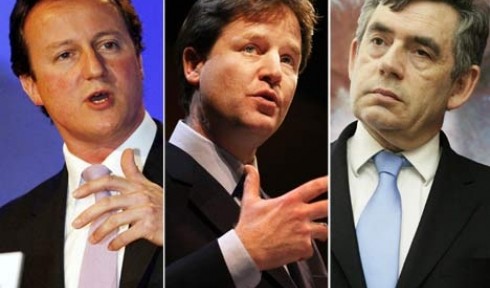 We are looking for a green government, a government that has an indefinite system in place. What is their policy on creating jobs via renewable energy?

Have they got a system in place to educate that global warming is real and if we do not do anything about it there are going to be catastrophic results? Are they talking to scientists, entrepreneurs, heads of industry and labour workers to help develop and implement next generation energy to allow us to build the next generation economy?

The question is not if the renewable energy economy is going to thrive in the future, the question is where and what does the newly elected government have in place?

Renewable energy will come from wind, solar, bio mass. By creating new energy you can create more investment; technology improves and over all this will create new businesses and jobs. We have a moral obligation to the next generation so they can inherit a planet which is sustainable and reliable, just how we inherited it from our parents and grandparents.

In regards to the next generation and the  challenges  we face today, the  youth feel whoever they vote for wouldn’t make a difference to them, and my message is we need to address this. What is the new party in power going to do to address this?

What young people and businesses have to understand is that they need to be involved in the decision making process so their interests are looked after. Part of this is asserting your power, which you don’t want to give away, your power is to vote, which influences your life, what you see around you and how your business is conducted.

Things are not going to change overnight however, individuals need to be responsible for themselves by being focused and disciplined on their dreams to move forward. Any party elected will not solve everyone’s problems but it is important that the public use their initiative and decide what party to vote for because the government is the reflection of the nation’s voice.

Andrew Skeene, 32, is a serial entrepreneur and co founder of Global Forestry Investments.  Andrew was born in Thornton Heath, London and now lives in Herefordshire. After failing to make the grade as a professional footballer with Crystal Palace as a youngster, Andrew found his feet in business. At age16 Andrew began selling vacuum cleaners as a door to door salesman. From there he moved into the retail sector, which was followed by a hugely successful venture into the property market, Selling his assets before the recession struck, Andrew moved to establish Global Forestry Investments in 2007 with his business partner Omari Bowers. The company has gone from strength to strength and now holds an ambition of helping to save the rainforest by planting one tree at a time.