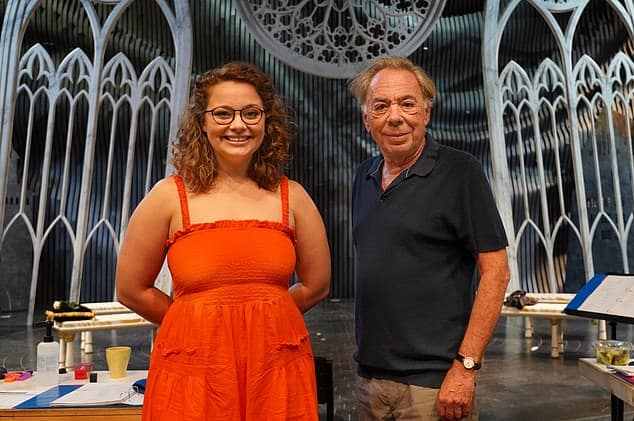 Andrew Lloyd Webber last night said he could take ministers to court if they do not allow theatres to operate at full capacity from June 21.

The impresario said it would be ‘the final death blow’ if the relaxation of restrictions does not go ahead as planned later this month.

Indoor entertainment venues were able to reopen on May 17 at half capacity, but many theatres have remained shut because it is not profitable to play to smaller audiences.

Lord Lloyd-Webber said if theatres cannot reopen ‘100 per cent’ after June 21, the issue becomes ‘what is the legality of the whole thing?’.

‘If the Government’s own science has told them that buildings are safe… I’m advised that at that point things could get quite difficult,’ he said.

‘This is the very last thing that anybody wants to do, but there would become a legal case at that point because it’s their science – not ours. I would passionately hope that we don’t have to, but I think we would have to consider it.’

Lord Lloyd-Webber, who hopes to open his new musical Cinderella starring Carrie Hope Fletcher at the Gillian Lynne theatre in the West End next month, said he would be happy to ask theatre-goers to wear face coverings.

He added: ‘We would conform with anything the Government asks us to do to get 100 per cent open – but we have to be 100 per cent.’

He also pointed to the success of the Government’s indoor events trials, such as at the Brit Awards at London’s O2 arena and the World Snooker Championships at the Crucible in Sheffield.

Lord Lloyd-Webber said the snooker had ‘shown there is no increased risk of transmission of Covid in a theatre’.

‘If scientists really are so worried about everything, then they should be saying there should be a total circuit breaker surely and lock everything down again for two weeks.’

But, he said, to keep the arts sector effectively closed suggests the Government does not care. Though he praised Culture Secretary Oliver Dowden for ‘fighting really hard for us’.