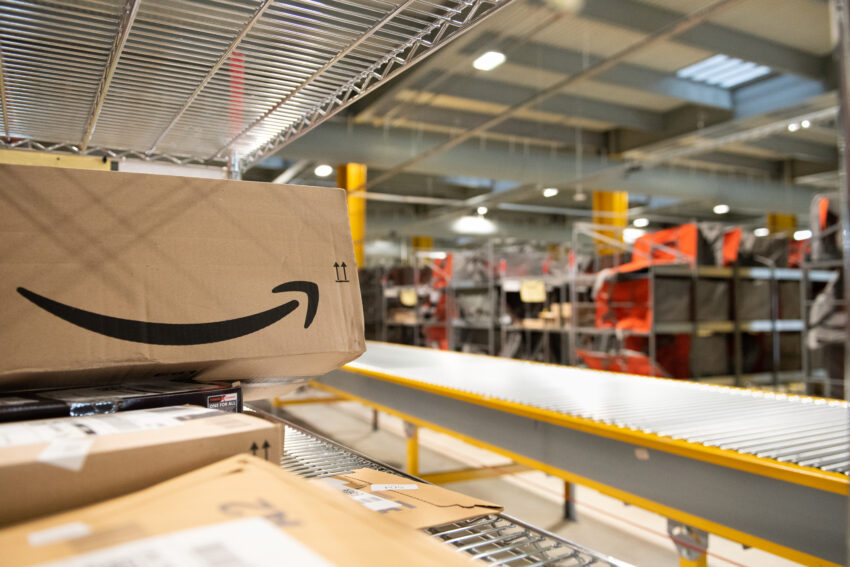 Amazon is handing out weekly bonuses worth £50 to ensure that its permanent staff turn up for work on time.

The giant online retailer said that the cash was designed to help it to meet demand during the peak summer and Christmas trading periods.

The bonus will be paid weekly and is based on 100 per cent attendance for all scheduled shifts, excluding any absences under the Equality Act or relating to Covid-19.

Amazon is already seeking to attract new warehouse workers by offering a £1,000 joining bonus. Like many companies, it faces a growing challenge to attract and retain workers, with British job vacancies at a record high last month amid soaring wages.

This week Amazon said that it would be recruiting 2,500 staff in the UK as part of a drive to employ 55,000 more people in corporate and technology roles around the world to support its ambitious growth plans. Most of the new jobs will be in the United States, where it is planning to take on 40,000 workers, with the rest in India, Germany and Japan.

In May, Amazon announced plans to recruit about 10,000 more staff for its operations in Britain, including warehouses and offices in London, Manchester, Edinburgh and Cambridge, lifting its total UK workforce to about 55,000.

Globally it employs more than 1.3 million people, of which 275,000 are engaged in corporate and technology roles. The new jobs announced on Wednesday will boost the latter total by 20 per cent.

Amazon took on almost 500,000 new employees last year as the pandemic boosted demand for online retailing. This week’s hiring drive is being is being led by Andy Jassy, 53, who took over as chief executive in July from Jeff Bezos, 57, the Amazon founder. The company’s annual jobs fair starts on September 15.

The bonus for prompt attendance is being offered to staff at sites including warehouses in Durham and Gateshead. Amazon said: “We are currently offering an attendance bonus at a number of locations to permanent associates to support our summer demand and help us prepare for the festive season ahead.”