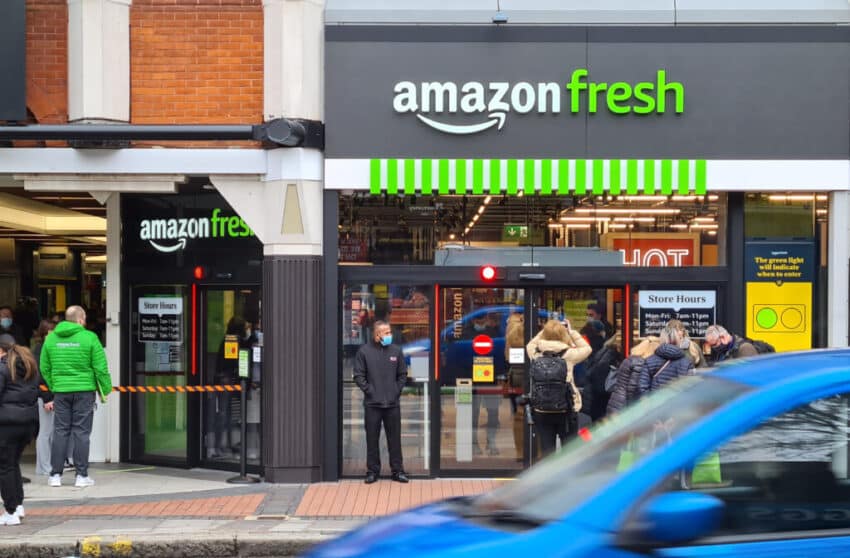 Amazon is predicted to overtake Tesco to become Britain’s biggest retailer within the next four years.

The American technology group, which opened its first Amazon Fresh store on British soil in March, is expected to reach £77.1 billion of UK sales by 2025, according to research from Edge by Ascential. That figure will surpass Tesco’s forecast £76.1 billion of sales. Last year Amazon’s UK total sales were £36.3 billion and Tesco’s were almost double that figure.

The research anticipates the US group benefiting from the continued growth of digital sales and taking a bigger share of the clothing and beauty market. In April it opened a hair salon in London that uses augmented reality to allow customers to try out styles.

The government is exploring ways to make Amazon pay more tax in Britain and to level the playing field with high street retailing rivals. The compay has been passing on the digital services levy to sellers on its site.

Amazon boosted its grocery sales in Britain by 17.6 per cent last year as it expanded its relationship with Morrisons, the supermarket, but it was still ranked a lowly 19th among the UK’s food retailers.