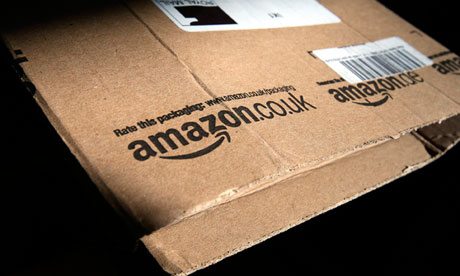 Amazon has agreed to drop a clause which banned third-party traders from selling products cheaper elsewhere, following the intervention of the Office of Fair Trading.

Currently, third-party traders are forced to charge the same amount on any other platform as they do on Amazon but independent and rival websites can now undercut it, according to the consumer watchdog.

After numerous complaints from traders using the amazon.co.uk Marketplace platform the regulator opened a formal investigation into the price parity policy in October last year. Amazon says on its website that the rule is “critical to preserve fairness for Amazon customers” who expect to find low prices. The clause meant that a trader could not sell a product, including the delivery charge, for a lower price on its own website or another site such as eBay or play.com. Amazon can suspend sellers who break the rules.

The OFT welcomed Amazon’s decision and said it would end the investigation prematurely and would not be drawn on whether or not the company had broken the law. The watchdog had become concerned that the policy was affecting prices and was potentially anti-competitive, reports The Guardian.

There are 2m third-party traders using Amazon throughout the world, although the company does not break this down by region or country. In the runup to last Christmas, almost two in five items bought on the site were sold by small traders.

A similar investigation has taken place in Germany, and the inquiry by its Federal Cartel Office remains ongoing.

Cavendish Elithorn, the OFT senior director of goods and consumer, said: “We welcome Amazon’s decision to end its Marketplace price parity policy across the EU.

“As Amazon operates one of the UK’s biggest e-commerce sites, the pricing on its website can have a wide impact on online prices offered to consumers elsewhere. We are pleased that sellers are now completely free to set their prices as they wish, as this encourages price competition and ensures consumers can get the best possible deals.”

It is understood that the rule will still stand for US users and traders. Amazon’s website said: “We believe that price is an important factor in customer buying decisions. Accordingly, we ask sellers who choose to sell their products on amazon.co.uk not to charge customers higher prices on Amazon than they charge customers elsewhere. Customers trust that they’ll find consistently low prices and other favourable terms on amazon.co.uk and we think this is an important step to preserve that trust.”

Amazon’s Marketplace has faced a backlash from traders in the past. This year the Guardian revealed that the company had imposed fee rises on third parties selling consumer electronics, automotive parts and other goods. Some of the busiest traders in the UK saw the cut they paid to Amazon soar from 7% to 14%, and in Germany fees for tyre sellers lifted from 7% to 10%.

The OFT said it would continue to monitor the online retail sector to see if price parity rules were used by other online businesses and revealed it had 14 cases open under the Competition Act.