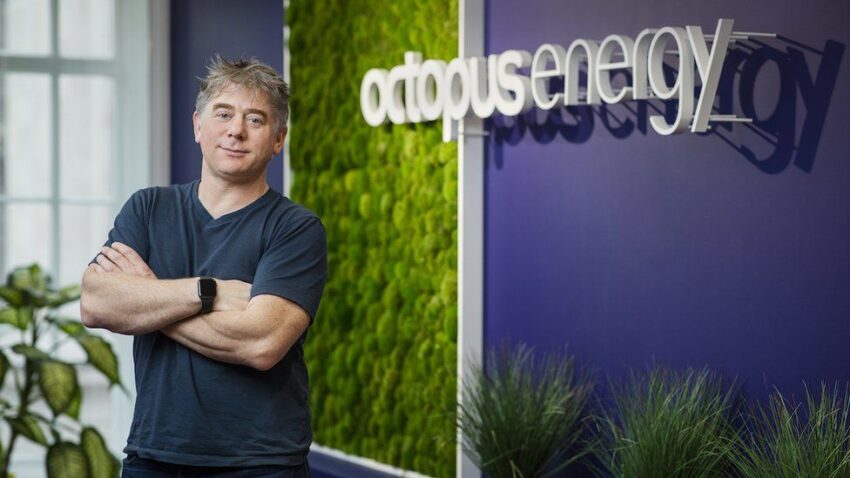 A clean energy investment fund run by former US vice-president Al Gore has bought a 13% stake in British energy company Octopus in a deal worth £438m.

It means the supplier is now valued at £3.36bn, which is more than the owner of British Gas, Centrica, at £3.28bn.

Octopus is to use the cash injection to boost its green energy production.

The founder and chief executive of Octopus, Greg Jackson, said that he believed Mr Gore was looking to invest in the “changes that we need to see in the energy system globally”.

“After all, if we had more renewables here in the UK prior to the recent fossil fuel price crisis, we wouldn’t be seeing such high prices for energy,” he said.

Recent rises in wholesale gas prices have hit the UK energy market hard, with the country now having around 30 suppliers, compared to more than 70 in 2018. Seven smaller firms have collapsed since the start of August alone.

Over the weekend, Octopus, the UK’s fifth largest energy supplier, announced it was taking on 580,000 customers from collapsed supplier Arvo Energy, after it was appointed by the regulator Ofgem.

Gas prices have risen four-fold in recent months, but Ofgem has rejected claims from the industry that the current energy crisis represents a failure to adequately regulate the market.

However, senior executives in the industry told the BBC the regulator knew full well that many smaller suppliers would not be resilient in the face of price rises that should have been part of the regulator’s stress testing of the sector.

Mr Jackson said taking on customers from failed companies was “definitely not as financially attractive as growing customers in the normal way”, but said it was an “incredibly important” move to make in the current crisis to restore confidence in the energy market.

“They (customers) did the right thing,” he added. “They went and chose a great deal, it’s no fault of their own.”

As well as Generation Investment Management funding, Australian firm Origin Energy, which took a 20% holding in Octopus in May 2020, is also planning to inject a further £36.5m into Octopus to maintain the size of its shareholding.

Established less than six years ago, Octopus supplies 3.1 million households, and has operations in the US, Japan, Germany, Spain, New Zealand and Australia.

It currently creates enough green energy to power about 1.5 million homes and its Kraken technology, which enables customers to access power when it is cheaper and greener, has also been licensed to rivals.