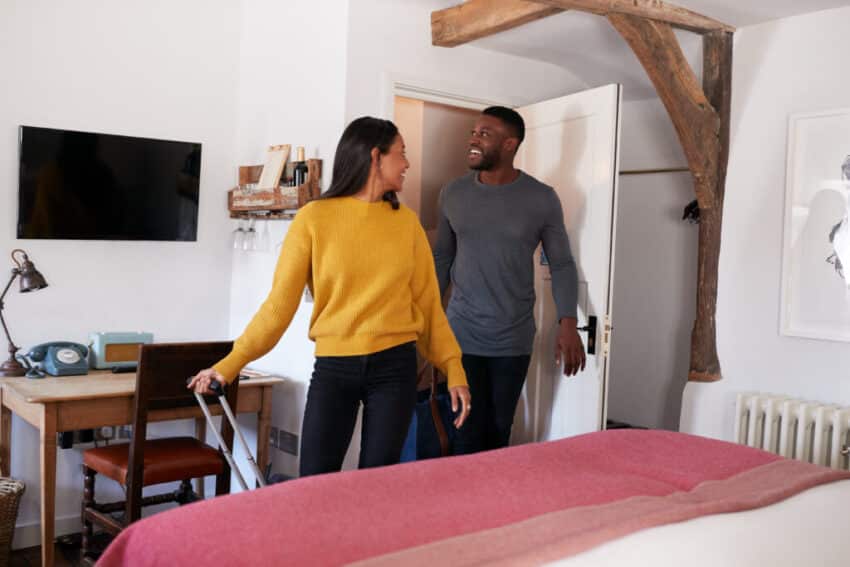 Online booking platform Airbnb has said that holiday bookings have soared as some countries emerge from lockdowns.

In the first quarter US bookings beat pre-pandemic levels, while there was a “steady improvement” in business in the UK and France.

The overall value of bookings shot up by 52% to $10.3bn (£7.3bn) as customers snapped up long-term stays and rural properties.

But the company marked a loss overall as it paid back Covid-related loans.

Although Airbnb’s revenue rose to $886.9m year-on-year, its net loss before tax stood at $59m.

The San Francisco-based firm has fared well in comparison with other hospitality businesses, with consumers showing a preference for more space and properties away from city centres during the pandemic.

In the three months to 31 March, holidays bookings for families has also outpaced those for smaller groups or solo travellers, it said on Thursday.

“While conditions aren’t yet normal, they are improving, and we expect a travel rebound unlike anything we have seen before,” it said in an update to investors.

It also said that holidaymakers were searching and booking further in advance.

The company said, however, it was still to early to give financial projections for the rest of the year.

It warned that business would depend on the “severity and duration” of ongoing travel restrictions, particularly outside of the US.

“It’s now a now a household name globally and its model can pivot quickly to satisfy the change in booking behaviour brought about by the pandemic,” she said.

She added that demand for longer-term bookings in more rural locations could help the firm’s reputation.

“That trend could also help reduce the number of complaints from neighbours about rowdy weekend revellers which has plagued the company in recent years, along with accusations that the platform limits the amount of housing available for locals. Those concerns have led to restrictions on how the company operates in some big cities around the world.”

While the online booking platform might have been gaining momentum, others in the leisure industry have been struggling amid the pandemic.

The Walt Disney company, for example, reported on Thursday that its theme parks and attractions were still in “recovery” with caps on visitor numbers, while many of its cruise lines were suspended.

Overall revenue fell 13% to $15.6bn in the three months to 3 April compared with the same period last year.

But analysts expect revenues will nearly have returned to pre-pandemic levels by the end of the current financial year, boosted by its services like the Disney Plus streaming platform.