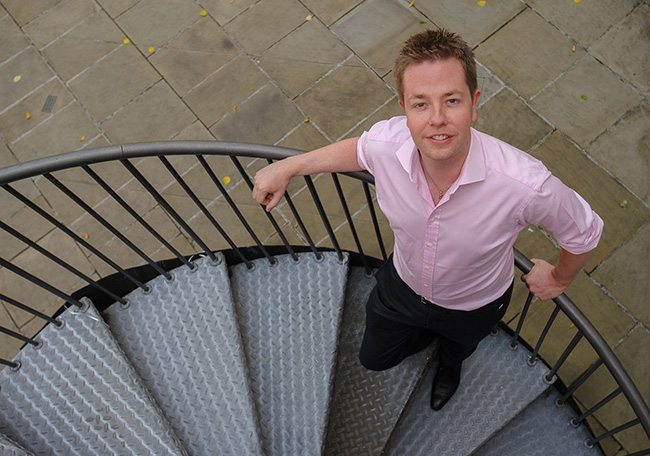 A number of seed investors are already confirmed with the view to raise up to £150m over the next two years.

Alongside the Fuel Ventures Fund, Mark Pearson and the Fuel team will be creating a London-based start-up incubation studio, which will create, build and grow the next wave of fast growing, disruptive and globally scalable UK-based tech businesses.

With european mobile commerce sales expected to grow from €17.3bn to €113.3bn between 2013 and 2018. Fuel.Ventures is saying that it will invest in a variety of high-growth, sector-agnostic technology based transactional businesses from incubation and super-early seed, to seed and post launch, as well as series A businesses showing exceptional signs of growth.

Pearson is an award winning digital entrepreneur and investor who, in 1998 won a national cookery competition and joined Gordon Ramsey’s internationally renowned restaurant at Claridges.

In 2006 Mark began his career in e-commerce starting a business, Markco Media, the parent company of discount website MyVoucherCodes.co.uk from a back bedroom business to a multi-national company, which sold in 2014 in a deal worth up to £55m.

To date Pearson has invested in 10 e-commerce businesses, achieving an average 70X return on initial investment, significantly outperforming venture capital in Europe, which has delivered returns of just 2.1 per cent a year since 1990, according to Thomson Reuters. In October 2010 Mark became an early investor in Ve interactive, an e-commerce SAAS provider now valued at £1.2bn, generating a 125X return on investment. Drawing on Mark’s high profile and extensive network of alumni from previous investments, Fuel.Ventures is guaranteed early-stage or exclusive access to start-ups both in the UK and Europe.

Co-founding the business with Mark, is Paul Rous, a corporate financier and serial entrepreneur. Paul has over 10 years of experience in early stage investing and finance, with roles at Goldman Sachs, UBS, Generation Asset Management and a number of corporate finance boutiques.

Talking about Mark Pearson’s contribution in growing Ve Interactive to become a £1bn plus business, David-Joseph Brown, Co-founder and CEO of Ve Interactive said, “Mark was a key individual investor in Ve right at the beginning of the company’s journey five years ago. His insight and experience in the performance space was and continues to be highly valued by Ve’s management.”

Mark Pearson, Co-Founder of Fuel.Ventures commented, “The e-commerce sector is booming and Fuel.Ventures will be investing in the most ambitious and scalable opportunities. Increased e-commerce user adoption, the proliferation of mobile handsets and tablets and the opportunities opened up by 4G have created huge potential for investors with the right investment approach and exclusive access to the highest quality deals. Our mission is to create, invest and grow companies; we will build products people want and need, we will invest in some of Europe’s most exciting early stage companies, and we will help grow and build companies with great potential and take them to the next level.”

Paul Rous, Co-Founder of Fuel.Ventures said, “The EIS fund is a great opportunity for investors to access high quality deals in such a fast growing sector. Mark has a winning mentality, having delivered on average an outstanding 70X return on his investments over an 8 year period and has an unrivalled knowledge and network in the European e-commerce sector. Fuel.Ventures will continue Mark’s highly successful and thorough investment process, evaluating investment opportunities against up to 30 key criteria, to ensure that investments are made in the highest quality ventures.”