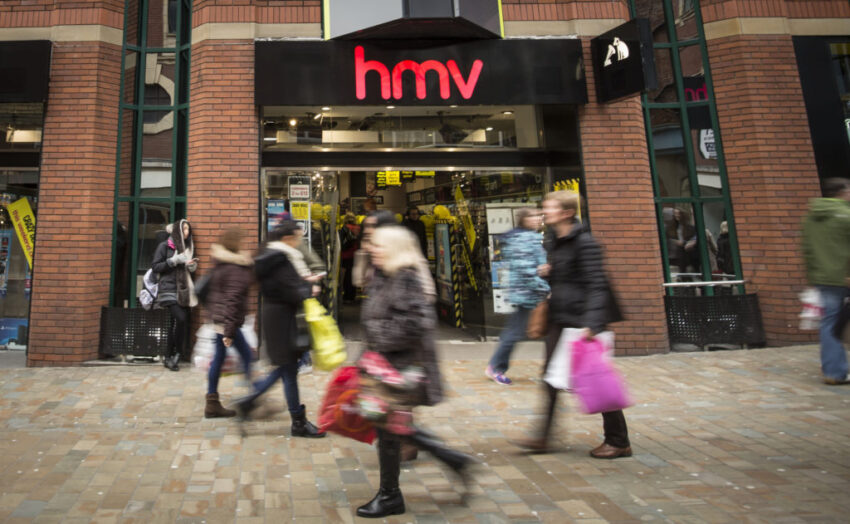 Music retailer HMV has become the first high street casualty after Christmas as the appointment of administrators was confirmed.

The business will continue to trade while options are explored, including a potential sale, KPMG said.

It is the second time HMV has collapsed in recent years, having filed for administration in 2013, after which it was acquired by its current owner, Hilco.

The company operates from nearly 130 stores across the UK – including nine Fopp stores – and employs 2,000 permanent staff.

The appointment of administrators was confirmed following a hearing before a High Court judge on Friday evening.

Will Wright, partner at KPMG and joint administrator, said: “Whilst we understand that it has continued to outperform the overall market decline in physical music and visual sales, as well as growing a profitable ecommerce business, the company has suffered from the ongoing wave of digital disruption sweeping across the entertainment industry.

“This has been in addition to the ongoing pressures facing many high street retailers, including weakening consumer confidence, rising costs and business rates pressures.

“Over the coming weeks, we will endeavour to continue to operate all stores as a going concern while we assess options for the business, including a possible sale.

“Customers with gift cards are advised that the cards will be honoured as usual, while the business continues to trade.”