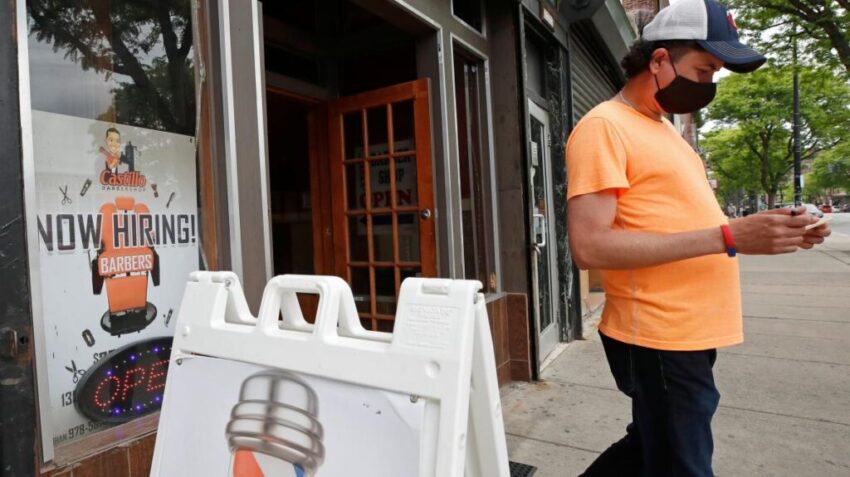 Economic output will return to pre-lockdown levels by the end of the year as global growth bounces back sharply, according to Morgan Stanley.

The American investment bank said that it had “greater confidence” in its prediction of a V-shaped recovery from sharp declines in activity worldwide.

“The global economy bottomed out in April and the recovery will gather further momentum, making this a short recession,” the bank’s analysts noted, predicting that output levels would return to pre-lockdown levels by the fourth quarter.

Their bullish projections for a quick rebound come after a series of stark readings of growth in Britain and elsewhere. The UK economy fell at its fastest pace on record in April, according to the Office for National Statistics, and the International Monetary Fund has warned of the deepest international recession in almost a century.

However, Morgan Stanley argues that a “new expansion cycle” is already taking place and has “gained further steam in early June”. The bank forecasts that global growth in gross domestic product will have reached a low of -8.6 per cent in the second quarter. By the first quarter of 2021, it will have recovered to 3 per cent.

It has advised clients to expect a markedly “sharper but shorter” downturn than the aftermath of the financial crisis a decade ago. “Recent upside surprises in the incoming growth data and policy action have increased our confidence that this will be a deep V-shaped recession,” its analysts said.

They highlighted “decisive” moves by governments to support economies, as well as the absence of an “endogenous shock triggered by huge imbalances”. Support measures were “significant and not going away soon”, they said. “We expect policymakers to maintain an accommodative policy stance — with central banks remaining doveish and further fiscal support in the US — given the elevated unemployment rates and disproportionate impact on lower-income households.”

Morgan Stanley said that its projections assumed a “second wave” of coronavirus infections by the autumn, “but that it will be manageable and will result in selective lockdowns”.

Britain’s GDP will fall 9.9 per cent this year under its forecasts, before recovering by 6.4 per cent in 2021. The bank believes American GDP will drop 5.8 per cent before rising 4.5 per cent next year.