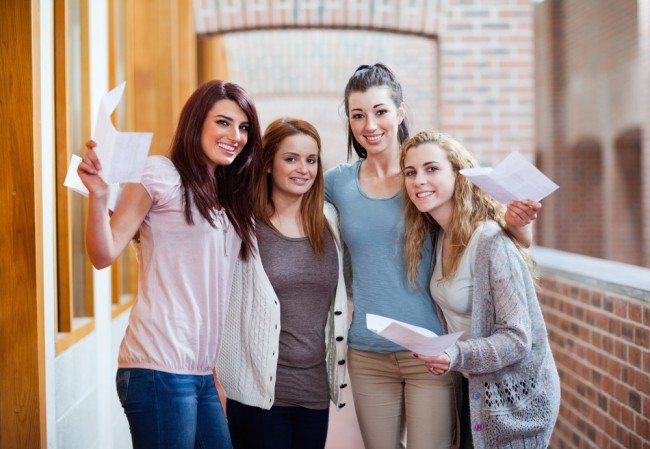 The percentage of A* and A grades decreased from last year, falling from 26 per cent to 25.9 per cent. The smallest changes highlights a stable year for A-level students, as the pass percentage also rose by 0.1 per cent.

According to UCAS, the university admission service, 409,000 places have been confirmed, a 3 per cent increase on last years numbers.

However, what has proved worrying for businesses is the fall in the number of students studying chemistry and physics.

Number of students studying maths increases by 4.2 per cent, but a gender gap in subject has also widened, with over three times more boys than girls study physics. More generally, there have been 13,415 more female entrants in 2015 than last year, meaning there will be more girls will be going to university than boys.

Commenting on today’s A-level results, Verity O’Keefe, Senior Skills Policy Adviser at EEF, the manufacturers’ organisation, says there are good and bad points to highlight in the results.

“Today’s A-level results present a mixed bag for business. Industry applauds all those young people who have chosen to study challenging STEM subjects and the 4 per cent jump in the number of young people taking maths at A-level is encouraging. But there are some worrying trends, including minor decreases in the numbers achieving top grades in subjects like physics, maths and chemistry and a dip overall in the number of students taking the sciences.

“Government, schools and industry need to work harder to encourage more girls to take up STEM subjects. While the gap closed slightly again for physics the pace is too slow and, for maths, the gender gap has actually widened.

“The door to a career in manufacturing is wide open for young people, especially those that have made the grade in the sciences and maths. But manufacturers can only grow and prosper when they have ready access to a wide pool of talent. Without greater encouragement for girls to take up key subjects such as maths and physics, that pool remains worryingly shallow.”