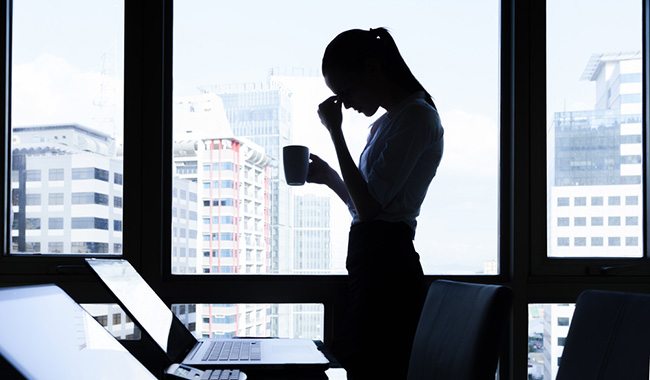 In surprising data from a research by AXA PPP healthcare highlighting the stigma surrounding mental ill health in British businesses employers were asked how they would react if an employee they manage was suffering from a mental health issue and only one in five said they would worry about the employee’s capability to do their job and one in six said they would worry about the consequences for themselves personally, such as it reflecting poorly on their management style or having to pick up additional work.

This is despite 1 in 4 of managers acknowledging that they have experienced a mental health problem themselves – a finding that mirrors exactly the response of employees when asked the same question.

Despite this negativity, over half  of employers thought that attitudes towards mental ill health in the workplace have changed for the better in the past fifteen years. This compares with 30 per cent who said that they had not seen any change.

Dr Mark Winwood, director of clinical psychology at AXA PPP healthcare, says: “Stress and mental health issues affect one in four people on average in any given year and one in six at any given time. With this rate of occurrence, we need to work harder to eliminate the stigma surrounding mental ill health. Businesses are well placed to lead the way to changing this harmful prejudice by giving their employees the necessary tools and support to enable them to discuss mental health in an open and unbiased way.

“Lack of understanding breeds fear so improving employees’ awareness and understanding of mental illness is one of the most important things a company’s senior management team can do and a critical first step is to challenge the stigma surrounding mental ill health in the workplace.

“Employers can begin by introducing a number of small but important changes such as promoting an open and honest culture where the facts about mental ill health are freely communicated and discussed. I have seen that senior managers who have been open and felt able to share their own experiences of mental health challenges and worries have often succeeded in developing an environment that is more accepting. Training and supporting managers to deal with employees affected by mental ill health will also help to give them the confidence to provide effective support where and when it is needed.”