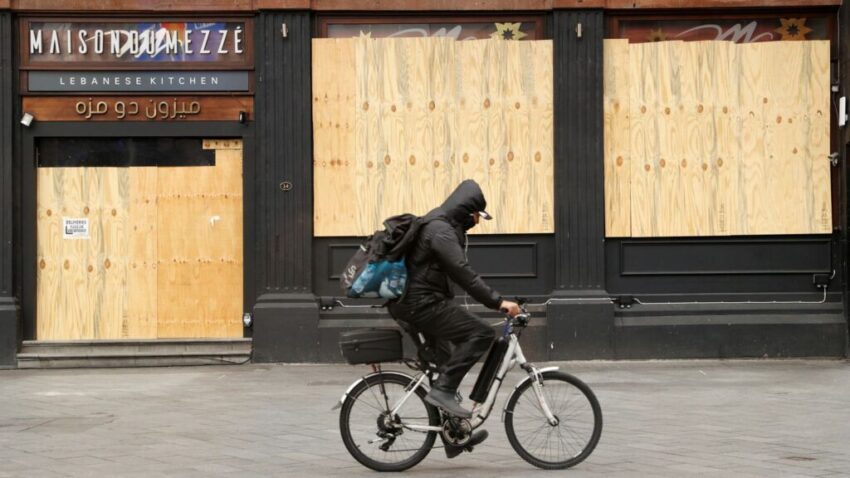 Early estimates suggest 163,000 people lost their jobs in May, on top of 449,000 the previous month, as the coronavirus crisis lockdown took its toll on the UK economy.

The Office for National Statistics (ONS) said HM Revenue and Customs (HMRC) data covering the number of paid employees showed a fall of 2% since the country entered effective hibernation in March.

It released the experimental data as its own figures showed a leap in the so-called claimant count – jobless claims applications through Universal Credit.

It meant the total had risen by 1.6 million since March.

The figures will make grim reading for the government which has, up until last weekend, spent £59bn propping up businesses through various support schemes and paying wages to furloughed workers.

Bounce Back Loans continued to account for the bulk of corporate borrowing at £26bn – with almost 864,000 businesses helped to date.

The ONS said its data demonstrated the impact the Job Retention Scheme had inflicted on workforce output.

“Early indicators for May show that the number of employees on payrolls were down over 600,000 compared with March.

“The claimant count was up again, though not all of these people are necessarily unemployed,” he said.

Wider ONS figures, covering the three months to April, suggested the jobless rate remained at 3.9% as the furlough scheme got in to gear.

Economists had expected to see a surge to 4.7%.

The ONS reported the steepest quarterly decrease in vacancies on record of 342,000 to 476,000 in the period while total pay, when bonuses were included, fell in real terms for the first time since January 2018 – down by 0.4% after inflation.

The statistics body suggested that it remained to be seen whether surging Universal Credit claims and evidence of plunging payrolls would translate into actual jobs lost when official data, covering May, is released next month.

Labour’s shadow work and pensions secretary, Jonathan Reynolds, said: “These numbers show that unless the Government acts, the UK is likely to face mass unemployment on a scale not seen for decades once the furlough scheme is withdrawn.”

Minister for employment, Mims Davies, responded: “Today’s figures are starting to show the impact of COVID-19 on our economy, but our furlough scheme, grants, loans and tax cuts have protected thousands of businesses and millions of jobs, setting us up for recovery.

“Already our nationwide network of Work Coaches have moved in to support jobseekers across sectors and match them with employers who are recruiting.”

Neil Carberry, chief executive of the Recruitment and Employment Confederation, said: “The headline figures may not show it, but a lot has changed since April – with the claimant count rising to 2.8 million, the unemployment rate is likely to be much higher than 3.9% now.

“But with the lockdown being eased and the economy opening up, hiring should grow.”

The labour market data does not provide a complete or perfect picture, but it is unavoidably clear that while the unemployment wave triggered by coronavirus is yet to break, it is building at an ominous scale.

On every metric except the headline unemployment figure, which lags behind events, the figures are grim.

Already, despite the government furlough scheme paying the wages of almost nine million people, around 600,000 workers have been removed from payrolls – likely made unemployed.

The number of benefit claimants, those claiming Universal Credit or Jobseekers Allowance, not all of whom will be out of world, has more than doubled, increasing by 1.6 million since March to 2.8 million.

And vacancies, a measure of how easy it might be to find work, continued to slide, with the March total of 476,000 down 342,000 than in the three months to February 2020, the largest quarterly decrease since current records began in 2001.

The only thing holding up the jobs market is a wall of government support, built with the intention of allowing economic activity to recover before it is dismantled.

But when the furlough scheme is withdrawn, starting in July when employers will have to start contributing, the trickle may become a flood.

And if the wave breaks unchecked, it may devastate prospects for a generation.

Speaking about the announcement Matthew Percival, CBI Director of People and Skills, said: “We can now clearly see the significant impact the virus is having on the labour market already. Over 600,000 people were taken off payroll between March and May, vacancies fell by the largest amount on record on the quarter, and hours worked fell at the fastest pace on record over the year.

“Unemployment falls unevenly across society and leaves scars that last generations. The urgent priority must be creating inclusive jobs today, by turbo charging the sustainable industries of tomorrow. This should be backed by a revolution in retraining, with business, government and education providers stepping up to reskill communities for the future.”