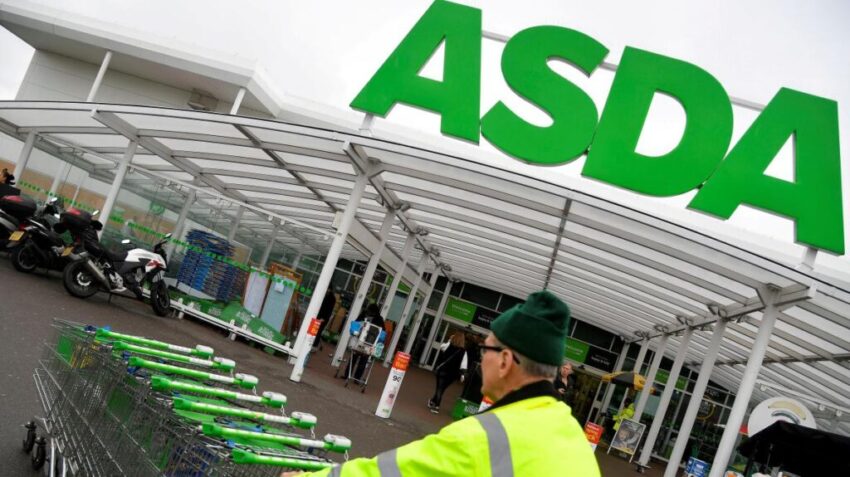 About 5,000 jobs are at risk at Asda after the supermarket group launched a big restructuring in response to the rapid rise of online shopping.

The chain said that it could close its warehouses in Dartford, Kent and Heston, west London, that are also used by click-and-collect customers. The proposed closure of the “dark stores” will affect 800 jobs, but Asda said it would help to improve its delivery times and its ability to work with the likes of Uber Eats more closely on rapid orders.

The group is also proposing to move its cash office, administration and HR jobs into one back office role. The planned move, which would affect almost 3,000 workers, was needed for the business to become more efficient, Asda said. It pointed out that the volume of cash handled had slumped as customers switched to cards and online shopping.

A spokesman said that the shake-up was not linked to Asda’s new ownership after the £6.8 billion takeover by the Issa brothers and TDR Capital, which has ended Walmart’s two-decade long ownership. The deal is awaiting approval from the competition watchdog, which has given a deadline of April 20 for its preliminary findings.

Asda said that it had entered formal consultations with 5,000 employees from its total workforce of 145,000. It added that it was creating 4,500 jobs picking online orders from shop shelves, and that it intended employees whose positions were at risk to be transferred to the new roles. Roger Jenkins, GMB union leader, said that “Asda is a profitable business that does not need to enforce redundancies”.

The restructuring underscores supermarkets’ attempts to find the most profitable route to online shopping as the pandemic crisis has accelerated demand for deliveries. Asda has increased its online capacity by 90 per cent since March last year to 850,000 deliveries a week and plans to reach one million a week this year. Supermarkets have also rapidly expanded their click and collect services to add capacity.

“The pandemic has accelerated change across the retail sector, especially the shift towards grocery home shopping, and our priority is to serve customers in the way they want to shop with us,” Roger Burnley, chief executive said.

“We know that these proposed changes will be unsettling for colleagues and our priority is to support them during this consultation. Our plans to transform the business will result in more roles being created than those we propose to remove and our absolute aim is to ensure as many colleagues as possible stay with us, as well as creating the opportunity to welcome new people to our business.”

EG Group, the business owned by the Issa Brothers and TDR, has released financial results for its petrol forecourt empire. Group earnings increased by 48 per cent to $1.27 billion, reflecting acquisitions, but like-for-like sales fell by 23.2 per cent to $22.1 billion after a slump in fuel prices.

EG said that it was planning to raise $1.8 billion of debt to fund the £750 million transfer of Asda’s forecourt business, which will leave the business with six times leverage. It also told investors that its accounts would be late as KPMG, its new auditors, required more time “to complete their period of transition and to establish an audit team that is capable of preparing for and carrying out an audit of the size and scale of EG Group”.

Deloitte resigned as auditor of the group in October over corporate governance concerns in the business. EG has since hired City establishment figures Lord Rose of Monewden and Alison Carnwath as chairman and non-executive director.