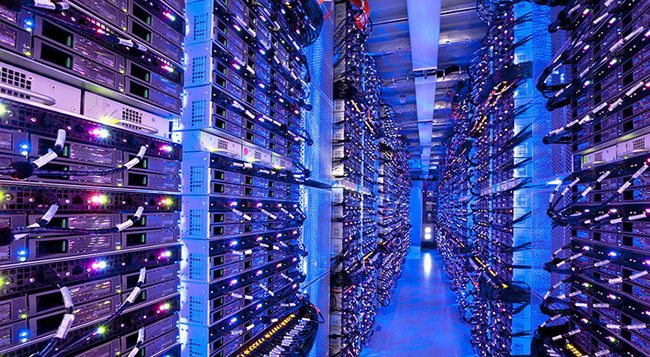 The company, which hosts 1.7m sites in the UK, said an error made during maintenance “effectively deleted” what was on some of its servers.

“We can conclude that the issues faced have resulted in some data loss for some customers,” the firm admitted.

It started a “recovery process”, but advised customers with their own data backup to rebuild their own websites.

The web host, which has 800,000 customers in the UK, would not say how many websites had been deleted but said it was a “small proportion”.

Websites are hosted on computers called servers that can dish up pages to thousands or millions of people at the same time.

Some people pay for a private server – a dedicated computer that hosts only their website – but this can be expensive.

A cheaper option is a virtual private server (VPS) – a machine that can host hundreds of websites, but mimics the functionality of a private server.

The company said it was performing a “clean up” operation on its VPS systems when an coding error in its software “effectively deleted” customer websites.

Since the maintenance mistake was made on a virtual private server it was able to wipe out many websites in one go.

It has not been clarified whether 123-reg kept a backup copy of all its customers’ data.

It is understood that the company does not have access to a copy of every website and so cannot simply restore them to a new server.

A spokesperson for the company said: “Many of our customers keep their own backups. We are currently working with a team of experts on data recovery.”

The data loss has left the affected online businesses without a website to trade from and 123-reg has been flooded with messages on social media criticising its limited communication.

One customer noted: “Fault still described as ‘VPS connectivity issues’ when in fact it seems they lost everything.”

“There must be some information available right? What exactly are they working on?” asked another. “We need details as we need to start planning on how to salvage anything.”

“This will wreck my business and plenty of others,” said another affected company.

In an email sent to customers on Sunday, 123-reg said it had “begun copying recovered VPS images to new hosts” and expected some websites to be restored overnight.

It said it would audit all its automated scripts and prevent customer websites from being deleted without human approval in the future.