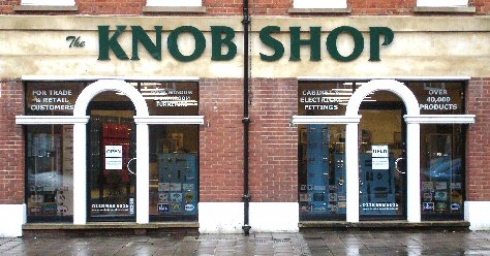 The other most common business names include ‘One Central’ (157) and ‘Plumb Local’ (93) for Plumbers, the imaginatively-titled ‘The Flower shop’ (99) for florists, ‘Mr. Chips’ (42) for chippies and ‘The Taj Mahal’ (45) for Indian Restaurants.

Some other options seen on the High Street:

The results come out as ThomsonLocal.com launches its nationwide hunt and competition to find Britain’s funniest and most original business names. The search, titled ‘Britain’s Punniest’ is scouring the UK to find the quirkiest and ‘punniest’ business names across the UK.

Mark Cox from ThomsonLocal.com explains: “Everyone knows a Red Lion pub or Taj Mahal restaurant, but we want to find the businesses with unusual names that really stand out on the high street and bring a smile to people’s faces. The UK’s independent businesses have had a hard time in the last two years but, as we slowly come out of recession, it’s the businesses with the most memorable, quirky names that will truly stand out.”

“We’ve already been recommended businesses including an optician called ‘Spex in the City’, a chippy called ‘A Salt and Battery’ and a hairdressers called ‘Curl up and Dye’ and are really looking forward to seeing more of the really cheeky side of British humour.”

Anyone can recommend a business in their area by uploading a photo from their phone or camera to www.britainspunniest.co.uk. Visitors to the site will be invited to vote for their favourite business name and will be entered into a competition draw to win a holiday to Las Vegas worth £2,500 while the business that ultimately wins the three week competition will win £3,000 of free advertising with Thomson Local as well a brand new sign to show off Britain’s Punniest name.