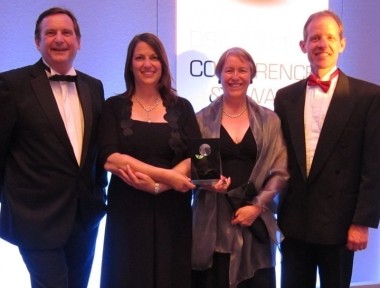 The DSA , the recognised trade body for direct selling in the UK, will unveil the winners of each of the seven categories at its annual conference in Birmingham on 10th May.

Shortlisted for the prestigious title of ‘Direct Seller of the Year’, sponsored by VideoPlus Europe, are Justyn Robbins form Herbalife, Marsha Barras from Avon and Mike Cook from Oriflame. Meanwhile, household goods company Kleeneze, Oriflame cosmetics, and relative newcomer Best in Glass have been shortlisted for ‘The Excellence Award’, sponsored by Cambridge Weight Plan, which celebrates an outstanding, industry leading direct selling company.

Neal’s Yard Remedies, Avon and The Pampered Chef are the finalists in the ‘Company with Heart Award’, sponsored by Acorn2Oak, while Kleeneze’s Breakfree Programme, Amway’s London Experience Centre and Avon’s Connects Platform have been shortlisted for the industry’s ‘Innovations Award’, sponsored by PayPal.

Paul Southworth, Director General of the DSA, says: “The Direct Selling Association Industry Awards celebrate the very best in direct selling, and this year we had a record 60 nominations across the categories, all of which were a very high standard.

It’s well known that direct selling performs well during recessions, and this appears to be the case at the moment as despite the tough economic climate, my fellow judges and I have been particularly impressed by the range of companies continuing to grow and thrive. I’d like to extend my congratulations to the finalists, and thank everyone that entered, and we’re looking forward to announcing the winners on 10th May.”

Pictured is the directors of Phoenix Trading collecting their 2011 award.