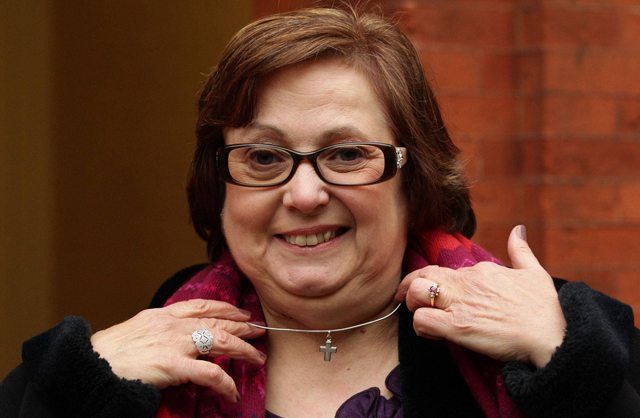 Ms Eweida was suspended without pay from British Airways for objecting to her employer’s policy not to allow uniformed staff to display religious symbols.

She brought a claim under Article 9 of the European Convention on Human Rights which protects an individual’s right to freedom of religion. However, this right is not without limitations including those designed to protect the rights and freedoms of others.

The European Court held that Ms Eweida’s rights and freedoms under Article 9 of the European Convention on Human Rights had been breached and that there can be no interference with the right when an employee freely chooses a particular employment. The Court also added that Ms Eweida’s discreet cross would not have adversely affected BA’s public image.

However, the three other cases heard by ECHR were unsuccessful in their appeals according to the judgment handed down today. These include those of Ladele and McFarlane, both workers who had refused to provide services to same sex couples, citing their religious belief as the reason.

Both lost their appeals against their employers who insisted they provide services to everyone including same sex couples. The Court held that this was on the grounds that they have an entitlement to hold religious views but that right is limited in the workplace when it comes into conflict with the rights of others. The ECHR added that Employers do have a duty to set reasonable policies which their employees can be expected to follow regardless of religious beliefs.

Looking at these rulings, Helena Woodward-Vukcevic, solicitor at law firm Hart Brown commented, “Religious symbols can therefore be worn (presumably so long as there are not health risks involved) and perhaps provided they are discreet enough not to affect the employer’s image and you can be asked at work to do work which conflicts with your religious beliefs if it also affects others who also have rights.

There will no doubt be a lot of discussion following these decisions as to why one employee can wear a cross and another cannot. In the Chaplin case, her employer’s wish to project a certain corporate image was given as a legitimate aim but the fact that BA was able to change its uniform policy to allow for the visible wearing of religious jewellery suggests that this aim was not considered to be crucial.

The nurse in the Chaplin case who was not permitted to wear her cross at work on health and safety grounds lost her appeal. She was held by the ECHR not to have suffered discrimination at work because the NHS trust was justified in citing health and safety as a legitimate aim.

The decisions go some way towards clarifying the position and each case should be looked at on its own facts.”