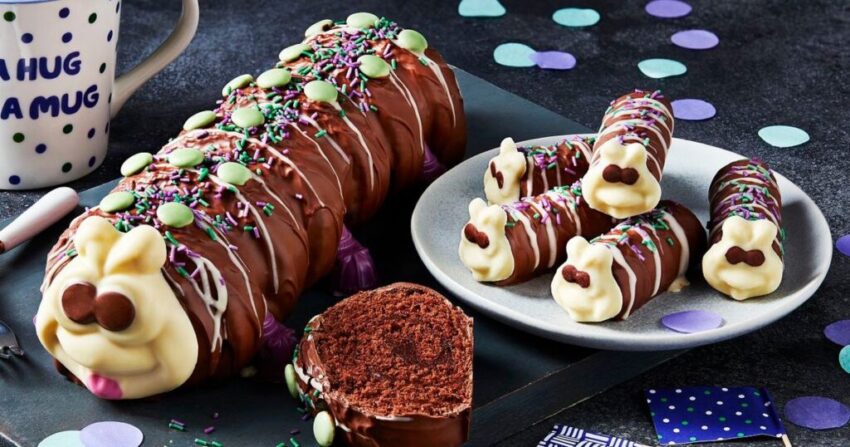 Marks & Spencer has this month filed a claim against Aldi claiming Aldi’s Cuthbert has violated its intellectual property in Colin.

Notably, Marks & Spencer has not yet brought claims against the other retailers who also sell caterpillar cakes. Aldi will be asked to remove Cuthbert from its shelves and to refrain from selling similar products in the future. In response, Aldi has announced that it intends to sell a limited edition version with profits going to charity and has asked if “Colin and Cuthbert [can] be besties”.

Mandy Robertson, associate at law firm Womble Bond Dickinson explains that whilst in the legal sphere many have focused on the claim itself, what is also interesting is Aldi’s PR strategy. Aldi has created a humorous story of Cuthbert behind bars with the slogan #freecuthbert which has gone viral on Twitter. The social media messages appear to make light of the legal action Aldi faces and seek to involve other retailers who also sell caterpillar cakes. Perhaps Aldi’s aim is to not only to gain support and promote its products with the public, or to poke fun at its legal opponent but also to bring other retailers on board who could also face similar actions for similar products which Marks & Spencer has “not ruled out”.

Law and PR – two sides of the same coin

Some well-judged publicity and a sound communications plan can be really beneficial to companies facing legal action. Lawyers advise on the legal implications of decisions and actions, and PR professionals advise on the public facing implications of decisions and actions. Both professions are required at times to write from a strategic angle and working together can make a real impact on how the dispute is perceived in the media and how consumers react (or don’t react) to news of a dispute.

We have worked with a number of businesses where incorporating a communications plan has been really valuable to handling a dispute and to protecting their reputation (which is often more important than the outcome of a single dispute). The focus is often on what to say, who to tell, when and how best to say it. This may include having a variety of narratives or alternative angles ready to utilise at a critical moment in the litigation or simply getting a message out before an opponent takes charge of the narrative. We have worked with PR firms, crisis management specialists, internal and external communications teams to help clients use all available tools in their arsenal to minimise the disruption a dispute brings.

It remains to be seen whether as Brewdog and Aldi collaborated following their dispute over what looked like “Aldi’s take on Punk IPA” which resulted in YALDI IPA produced by Brewdog, Marks & Spencer and Aldi can find a way to collaborate, perhaps over a slice of cake.