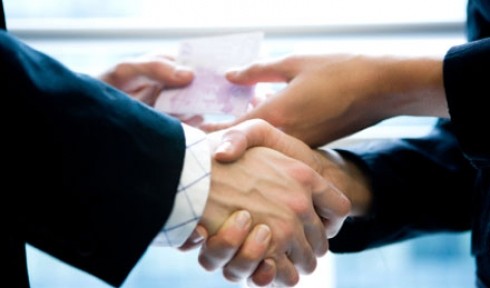 The Bribery Act, which was due to come into force this April, introduces the new offence of corporate failure to prevent bribery which means that businesses now have to show they have “adequate processes” in place to prevent bribery, or face possible prosecution along with the individuals responsible for the bribe.
Although this decision to take more time finalising the guidance does create a level of uncertainty for businesses up and down the country, it is important to understand that this delay is politically, and not legally, motivated.
For months now, the Coalition Government has faced pressure from businesses to make the much-criticised Act and its rules “practical and comprehensive.” It has been suggested that the Act may have an anti-competitive effect in its current form, critics have also underlined that clear guidance is needed on grey areas within the legislation such as acceptable boundaries of corporate hospitality and gifts.
It is hoped that this delay will clarify the ambiguities surrounding how the Act is enforced, particularly in relation to plea bargaining and self-reporting.
Self reporting has a clear public interest advantage and is adopted by several regulators including the Office of Fair Trading (OFT) for anti-trust offences and HM Revenue and Customs (HMRC) for tax evasion. However, the Serious Fraud Office (SFO) has published guidance which only relates to self-reporting of overseas offences. The intention is that companies which self-report will be treated leniently as part of a US-style plea bargaining arrangement.
The courts have questioned whether the SFO has the power to enter into such arrangements however, leaving several unanswered questions, not least whether a cooperating defendant can expect to be treated leniently and what happens when a judge refuses to accept a plea agreement.
This delay will not end up costing businesses, in fact as this is such a significant piece of corporate legislation, it is preferable that it is clarified thoroughly now. Furthermore, this delay will give many companies much needed time to become fully aware of their legal obligations, review procedures and train staff on how to comply.
The companies that need to act tend to fall into three categories. Firstly, there are the companies that are trading globally. These businesses need more time to bring their compliance programmes up to date and ensure consistency in dealings with agents and customers around the world. Some territories will be high risk.
Secondly, there are businesses that are going through mergers, acquisitions or joint ventures – as they are already going through significant change, and may be subject to due diligence, they are taking the opportunity to review anti-bribery policies (often at the instigation of current/future investors). This is seen as a means of adding value to the business.
Lastly, there are the prudent businesses, taking a corporate governance approach, which want to get their policies in line now as they realise that the new law will require a cultural change in attitude and approach. Many are taking the opportunity to review not just anti-bribery policies but other related ethical policies too (often at the instigation of stakeholders) as a means of demonstrating regulatory compliance – listed companies also fall into this category.
Whatever the size or background of the company, ignorance will not be a defence, so by taking steps now businesses can make sure that they understand the implications of the new Bill fully to avoid prosecution further down the line.”