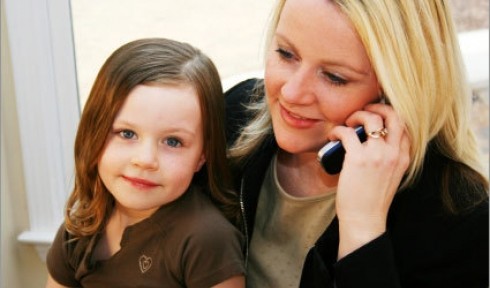 The research, commissioned by Phoenix Trading, looked into what could be deterring mums from returning to the workplace.  Missing out on time with the kids is cited as the most common reason for not working by 39% of mums in the UK.  Interestingly, the research revealed that nearly half (48%) of mothers admit they feel envious when they hear success stories of women with children who’ve successfully started their own business.  This clearly shows mothers still have ambition and yearn for success, but feel priorities lie with their family.

Of particular importance is that mothers cite lack of confidence (62%) and skills (37%) as reasons keeping them from returning to business, which is particularly interesting given that 81% of mothers worked full time before raising children.  46% do not go back to any sort of work after pregnancy, hinting that despite successfully juggling demands in the home, but fuelled by late nights, many women seem to lose their business edge after childbirth.

According to the survey, three quarters (76%) of mothers who are not currently working for themselves would do so if they had the chance, in fact nearly half of all British mums (47%) are actually considering starting their own business, but do not know where to start.  Of note, is that 83% of mums in the UK would work for themselves if they knew they could work as little or as much as they wanted.  More importantly, 74% would do so if they had someone to guide them through the process of setting up a business.

When asked why women are the largest under-represented group participating in business, three quarters of British mothers (74%) feel lack of flexible working conditions is the biggest barrier.  As well as flexibility, the absence of affordable childcare (70%); the hours required to work (76%); funding from banks (48%); domestic commitments (67%); sexism (37%) and government red tape (16%) were all cited as barriers for this under representation.

Mother of two, Robin Bradley, found an alternative to the stresses of the rat race as she set up her own company, Phoenix Trading, 15 years ago.  “Setting up Phoenix Trading allowed me to spend as much time with my children as I wanted, allowing me to generate an income, have flexible hours and have all the perks of a working life.  Setting up your own business can seem daunting, which is why we provide lots of support for those who want to set themselves up as Independent Phoenix Traders, but aren’t sure how to go about it,” says Robin.  “I hope that they can find the work/life balance that every mother aspires to discover!”

Iveta Tancheva, mother of one and founder of the social network Mums Like You, left her successful career in the City to launch the Mums Like You network.  Iveta comments: “Returning to work after becoming a mother was a particularly difficult decision.  The lack of affordable childcare and flexible jobs means that many mums need to start their own businesses as a way to balance family and work, and we see much evidence of this on Mums Like You where we have a large community of mum entrepreneurs.  Phoenix Trading’s survey clearly shows how important support and networking opportunities are in helping mums return to work”.