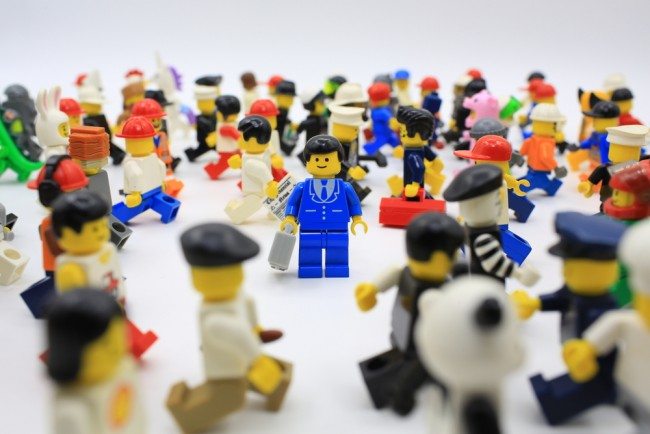 Playing with LEGO used to be something you did during unstructured time in primary school, or in the precious hours after the school day ended.

But this week, one of the world’s most prestigious colleges–the University of Cambridge in Cambridge, England–confirmed it might establish the LEGO Professorship of Play in Education, Development, and Learning in the Faculty of Education, reports inc.

But don’t clear the kitchen table and dump out your colorful pieces just yet. “This proposed Professorship has not yet been approved by the Regent House, the University’s governing body,” Tim Holt, Cambridge’s Head of Communications, told Inc. “We will not be making any further announcements about it till October.”

October 1 is when the professorship would begin, pending Regent House approval. Until then, here’s what we know, courtesy of University of Cambridge documents:

From an entrepreneurial perspective, teaching LEGO tenets–specifically, the power of play to influence innovation and customer experience–is a fantastic idea. Look through headlines or histories, and you can find countless examples of founders, inventors, or leaders deploying LEGO-like principles in business situations. Here are two examples:

1. Using play to experiment.
The Wright Brothers, whose legacy as innovators is getting some newfound (and well-deserved) attention thanks to David McCullough’s recent biography, were masters at playing with models and simulations.

You could argue they grasped what a minimum viable product was more than a century before the term entered the entrepreneurial lexicon. Today’s startups routinely apply one of the Wright Brothers’ early test methods. As Innosight’s Scott D. Anthony, no stranger to product launches, tweeted not long ago, the Wrights “figured out [the] importance of [a] ‘minimum viable product’ when in 1901 they built a wind tunnel to test ideas.”

McCullough describes the wind tunnel as “a wooden box 6 feet long and 16 inches square, with one end open and a fan mounted at the other end….the box stood on four legs about waist high.” In other words, the Wrights didn’t use anything fancy to build it. They used a box and a fan.

Likewise, they didn’t use anything fancy to build the mini-planes they tested in the wind tunnel. They used spare steel from the bike shop they’d owned in Dayton, Ohio, since 1893. The LEGO lesson here is plain as day: You can learn a lot by building mock-ups or prototypes from available materials. So stop talking and start clicking the pieces together. It won’t take long.

2. Using play to learn how customers behave.
LEGO itself owes much of its recent success to watching how children behave while playing with LEGO.

As obvious as this might seem to founders schooled in using ethnographic observation to discover your customers’ innermost emotions, LEGO itself had “lost touch with its core customers” and was losing $1 million a day back in 2004, write Mikkel B. Rasmussen and Christian Madsbjerg, in their superb story about LEGO’s turnaround.

So a team of LEGO researchers began conversing with kids about how they played. And they watched the playing. They searched for patterns. They realised: “One role of play for these children was to find pockets of oxygen, away from adult supervision.”

Ultimately, they recognised four key patterns to the ways children play: under the radar (away from adult supervision), hierarchy (the way kids like to sort and structure and rank their toys), mastery (playing with the purpose of becoming amazing at one particular skill), and social play (sharing or displaying that mastery in social scenarios).

These findings and others helped LEGO reconnect with customers and mount a brand comeback. For example, the company learned that boys tend to prefer strong narratives with their toys. LEGO acted on this insight with its hit Ninjago and Legends of Chima lines, which come with “almost comically detailed backstories,” reports Jonathan Ringen in Fast Company.

Girls, generally speaking, tend to use their sets for role-play. LEGO acted on this insight with a pink-and-purple set called Friends, which has become globally popular. It comes with “a news van and a farm stand and several sets devoted to the curvy, long-haired characters rescuing endangered animals in a jungle,” writes Ringen.

The results don’t lie: LEGO grew sales at 24 percent per year and profits at 40 percent per year from 2008 to 2013, according to Wharton professor David Robertson, who with journalist Bill Breen co-authored a book about the LEGO comeback. Last year, thanks in no small part to The Lego Movie (which grossed $468 million), privately held LEGO “briefly surged ahead of rival Mattel to become the biggest toy manufacturer in the world, reporting first-half profits of $273 million on revenue of $2.03 billion,” adds Ringen.

Here, too, the LEGO lesson is also straightforward: By watching how kids or any of your users pursue an activity–by watching them play–you can identify patterns and emotional reactions that lead to helpful (and revenue-generating) customer insights.