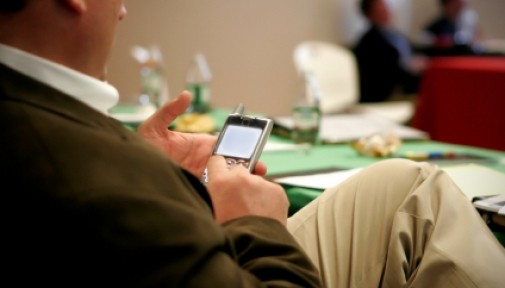 Based on the survey carried out on behalf of Epson, the report found that if these wasted hours had been spent productively this would equate to roughly 13 million more productive hours per week and an annual increase in gross domestic product of approximately 1.7 per cent.

The results found that UK office workers think that over half their time in meetings is wasted, as they estimate spending 4 hours in meetings per week and believe that 2 hours 39 minutes of this time is wasted.

However, respondents make up an average of 1 hour and 50 minutes of that wasted time later on. This means that the average office worker wastes 49 minutes per week, equating to the loss of roughly £26 billion to the UK economy estimated by the Cebr.

It was found that repetition of information, lack of focus amongst attendees and unstructured agendas were seen as the top time-wasters.

Technology can also be a hindrance to productivity in meetings, with 16 per cent of respondents citing technology failure as a main cause for wasted time in meetings. 68 per cent admitted to finding it distracting when others use tablets, smartphones or laptops during meetings and nearly half admit to using a tablet, laptop or smartphone in meetings for non-work-related purposes.

However, over a third stated that their personal device slightly improves their productivity during meetings.

With figures showing that GDP fell 0.2% in the first quarter of 2012, following a 0.3% decline at the end of 2011[iv], there is certainly a need to address the reasons behind this wasted time.

Neil Colquhoun, Business Sales Director from Epson UK comments, “Wasted time in meetings is something which most of us can identify with but when this is seen in the context of UK GDP, the drain on productivity that ineffective meetings have is really put in perspective. The good thing is there are lots of things which businesses can do to address time wasted, starting by asking staff about their main bug bears in company meetings. Senior managers can then use this feedback to identify appropriate practical steps such as introducing structured agendas, supplying more appropriate AV technology or even providing more refreshments to set their staff on course for a more productive use of their time in meetings.”