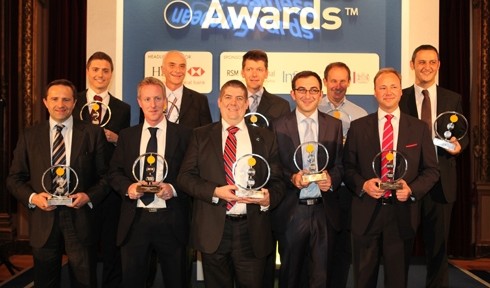 Fairtrade Foundation, based in London, lifted the Award for Corporate Sustainability, while Infinis, from Northampton, won the HSBC Growth Strategy of the Year Award.
Terry Clune, CEO of Dublin-based Taxback.com was crowned RSM International Entrepreneur of the Year.
They received their awards at a ceremony in Paris this afternoon in front of an audience of heads of state, leading European industrialists, entrepreneurs and media owners.
The seven other awards were secured by companies from Spain, The Netherlands, Austria, Denmark, Luxembourg, Slovenia and Georgia. In all the ten winners were chosen from 100 finalist companies from 29 countries,
The European Business Awards, sponsored by HSBC, recognise and reward excellence, best practice and innovation in companies across the EU. The competition was open to organisations of all sizes and from any industry sector. The winners were selected by 50 judges in a rigorous three-stage judging process.
Celebrating their fourth successful year, the Awards highlight and promote examples of individuals and organisations that achieve outstanding results across a variety of disciplines – from environmental concern to customer focus – results that set them apart as leaders in Europe.
Fairtrade Foundation on their win
Winners Taxback comenting on their award
Northampton based Infinis on their award win
The ten award winners: