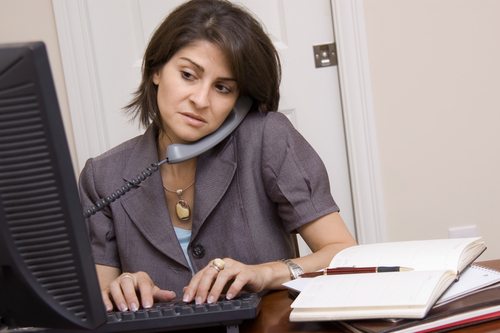 According to the report, two-thirds of UK SMEs now offer flexible working opportunities, and a quarter invest more in this area now than five years ago. The most popular practices for staff include part-time or flexible-hours working, and working from home. The firms surveyed said that offering flexible working had improved staff morale and helped them better meet customer demand. Almost half reported improved productivity levels.

By introducing flexible working arrangements, SME business owners are clearly listening to their employees’ needs and at the same time, could be driving down their business costs.

In recent years, there has been a growing desire amongst UK workers to work from home and yet their requests have been met with reluctance from employers. Last year, You Gov published figures which revealed that 70 per cent of us want to work from home more often and yet half of UK companies in the UK won’t allow it. Interestingly, the desire to work from home is so strong amongst some people that they would be willing to take a pay cut in order to achieve it. According to research from Cisco last year, 56% of workers would happily earn 10% less in exchange for flexible working.

Yet large corporates could be missing out on major cost savings as well as productivity gains. I would argue that with the widespread use of advanced technologies such as Skype, video conferencing, VoIP, and growing adoption of cloud computing solutions such as hosted desktops, there is no reason for employees to be based in an office at all.

Using these technologies, teams can simultaneously share documents and other files over the internet so they don’t need to be in the office (or even the same country). They can access their emails and files from any location with an internet access and carry on as normal without wasting hours spent commuting. Companies who adopt flexible working practices can also attract more diverse talent including mothers who want to work school hours and people with disabilities who are unable to commute into the office.

From a corporate perspective, there are also significant financial benefits to be gained from adopting technologies such as hosted desktops. By truly enabling a remote workforce, business owners reduce the need to rent large office premises and also reduce the capital investment of IT as the software provisioning and updates, security, disaster/recovery are all managed by the provider.