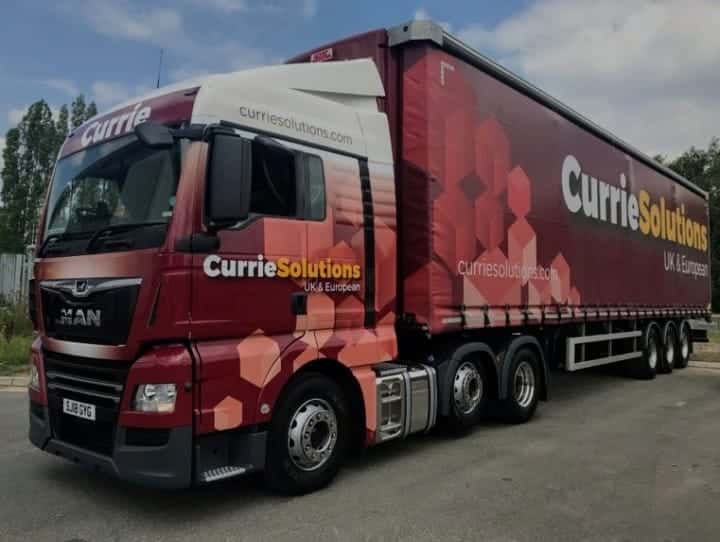 Bibby Financial Services (BFS) has announced that is has provided a £9m Group funding facility to support the re-finance of Currie European Transport Ltd, a transport and storage solutions group made up of 7 trading companies across Scotland, England, the Netherlands and France.

The group, which is headquartered in Dumfries, Scotland, is using the funding to support an ambitious acquisition led growth strategy.

The funding included a £1.5 million CID facility to support the acquisition of Laser Transport International Ltd, a haulage company based in Kent with a turnover of £18m, bringing the Group’s total turnover to £75m.

BFS was introduced to the business by Robert Stewart of Generis Corporate Finance LLP who was very influential in driving the deal forward and managing all the external stakeholder’s. The BFS team also worked with Stephen Turner, the Group’s Managing Director, and his management team to guide the business through considerable legal, geographical and technical complexities.

The facility has already allowed the successful acquisition of Laser Transport International Ltd, and the increased working capital will support Currie Group’s continued growth plans across the UK and Europe.

Stephen Turner, Managing Director, Currie European Transport Group. commented: “We wanted to work with a relationship-based funder who not only understood our market but understood what we were trying to achieve. We needed to move quickly to seize an opportunity, and right from the start our BFS team, led by Ronnie Stokes and Dan Burton, understood that.

“BFS managed to conclude a deal in just eight weeks, even though it involved seven companies and four countries. We are excited about the acquisition of Laser Transport, and the facility we have in place will allow us to continue to grow”.

Ronnie Stokes, Corporate Manager, Bibby Financial Services, said: “We were approached by an ambitious client who knew what they wanted but needed a lender who was willing to take the time to understand their business. Arranging a deal in eight weeks, across seven companies and four countries was never going to be easy but speed of delivery is vital for UK businesses looking to grow once again.

“This partnership is hopefully just the start, and we can’t wait to see what Stephen and the team at Currie Group turn their ambition to next.”

Dan Burton, Regional Head of Corporate, Bibby Financial Services, added: “Being an independent lender allows us to create facilities that meet the unique needs of our clients. We could clearly see the long term benefits that the Group’s growth strategy would bring and by working closely with Stephen and his team, we’ve provided a facility that has not only allowed them to make a successful acquisition, but will support them moving forward.

“I want to thank everyone who’s played a part in getting this deal arranged at BFS, and Robert Stewart of the Generis Advisory who was a key link between Bibby and Currie Management.”