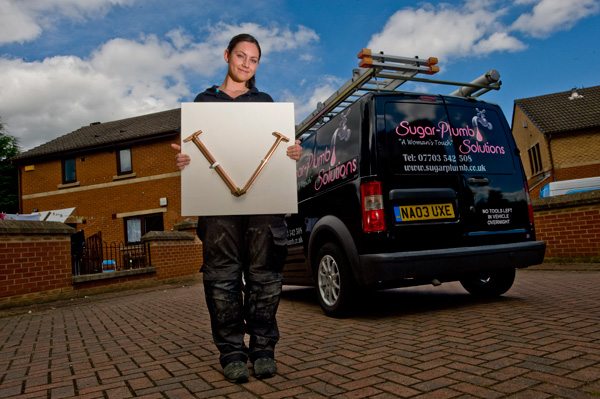 Veronica, from Wakefield, became homeless while studying a two year art course, and had to live in hostels.

She had very little money and couldn’t afford the bus to college so had to walk for two hours to get there. Despite this Veronica still managed to pass her art course with a triple merit grade and after nine months she secured a flat.

Having no money made Veronica even more determined to make a success of her life and decided to train as a plumber. However, after passing the two year course and gaining a City & Guilds level 2 qualification, it was difficult to find any work experience. She spent her time working voluntarily for plumbers in the Wakefield area, along with a job at card factory in order to pay the bills.

After being made redundant from the factory after a year, Veronica found herself once again without a job

She did some voluntary plumbing for Wakefield and District Housing for six months, which led to securing a work placement. However, when the placement came to an end, Veronica found herself unemployed again.

Determined to find work, Veronica heard about The Prince’s Trust Enterprise programme. With the help of a business mentor, she put together a business plan and in January 2011 she launched her own female plumbing business.

It’s proving to be a real success, giving Veronica a regular income for the first time in years.

She said: “Living in homeless hotels and having no money made me even more determined to find work. It was a real struggle at times just to get by and sometimes it would really get me down.

The business has just undergone a name change due to recent trademarking and is now called Sugar-Plumb Solutions.