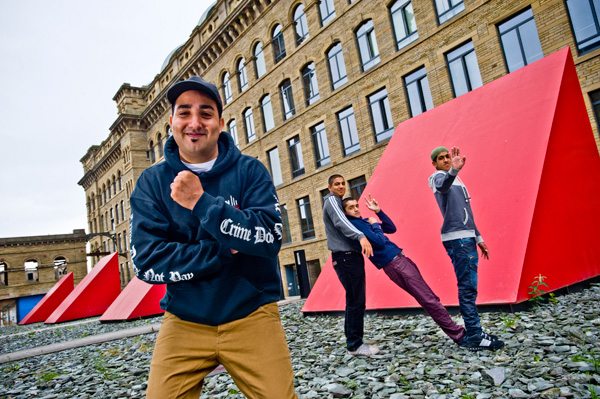 At the age of five, Naz, fromBradford, was faced with the difficult task of both dealing with the death of his father, as well as being raised as an only child in a single parent family. As Naz grew up, the lack of any constant and significant male role models in his life took its toll.

Naz became a gang member in his teenage years, and at the age of 21, he ended up paying the price when he was given a nine-year prison sentence for a drug-related offence.

In prison, Naz quickly faced up to his past, both reflecting on his mistakes and the consequences his actions were having. He started to think about how he could change his life for the better once he had served his time in prison.

Although suffering from low self-esteem, Naz’s commitment to turning his life around for the better coupled with his determination to put things right resulted in him being offered the opportunity to join The Prince’s Trust Team programme. As a valued member of the Team, Naz overcame his own problems as well as supporting other young people on the course.

Upon his release from prison, Naz worked for The Trust for two years, initially visiting schools and educating young people about life in prison and later offering support, training and guidance to young adults who aspired to become youth workers.

He has since gone on to set up his own social enterprise ‘Con-Sequence’, which involves visiting youth centres and schools to work with the hardest-to-reach young people and deter them from a life of crime.

Since the organisation started he has helped 1,400 young people who are at risk of offending. He currently employs five outreach workers who are all ex-offenders, so they can give the best possible advice to young people.

So far ‘Con-Sequence’ has helped youngsters in Bradford, Liverpool, Birmingham, Middlesbrough, Dewsbury and it is continuing to grow.
His dedication to give something back to other people and use his experiences to help others is making a real difference to the lives of young people across the north.

Naz said: Without The Prince’s Trust I don’t know where I would be today and I can’t thank them enough. Many of the young people I work with now don’t have positive role models in their lives. I try and help them see an alternative path by trying to make them learn from my mistakes.