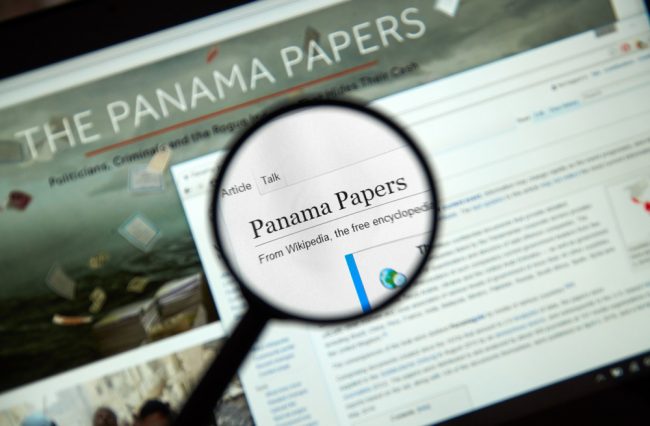 People often want extra privacy in terms of their finances. Countries like Panama and the Cayman Islands have very weak legislation in relation to monitoring the activity on bank accounts.

Their laissez-faire laws make them known as “tax havens”. But what does this exactly mean? Shell corporations are easy to set up in a bank in Panama, and they do not require you to disclose who actually owns the company.

This means that you could use any name you want on the documents, anything from Harry Potter to Prince Charming. As a result, this makes it exceedingly easy engage in illegal activities such as money laundering, payoffs linked to corruption, and tax evasion.

However, not all people with an offshore bank account do so for illegitimate reasons. A company could just need tighter security, but this is often not the case.

2.5 terabytes of documents were leaked. This is a lot; think about how much music your 1 terabyte external hard drive can hold. Now, times that by two and a half. These documents contained details regarding many powerful political figures, and their connection to crimes such as corruption, and tax evasion. The leak came from a company in Panama, called Mossack Fonseca. Mossack Fonseca facilitates the initial setting up of a shell company for foreign clients.

Who has been implicated?

Many prominent political figures have been implicated in this recent scandal. This includes, but is not limited to Vladimir Putin, David Cameron, and Sigmundur Gunnlaughsson. While some of these leaders did not have their names on these offshore accounts, their close associates did. In the case of Putin, his friend Sergei Roldugin who is a cellist was the account holder. This lead to the uncovering of a trail of shady offshore deals, and loans that involved Putin.

David Cameron was another politician who was only tangentially related to this web of corruption. Cameron’s father had set up on offshore trust, and it was reported that the British Prime Minister did benefit financially from this. Cameron admitted that he did receive financial benefits as he sold his shares in his father’s company back in 2010. This company, with bank accounts in Panama, avoided paying taxes to the British government. As a result, Mr. Cameron has declared that they would be harsher on corporations who evade paying taxes through offshore accounts. Funding has been set aside for a new task-force that will be formed to address the rampant tax evasion problem.

So the next time you win big after playing some online pokies, make sure your money does not go into an offshore bank account in Panama. While it may seem tempting to want to beat the system -the risks of that are way too high, as we have recently learned.