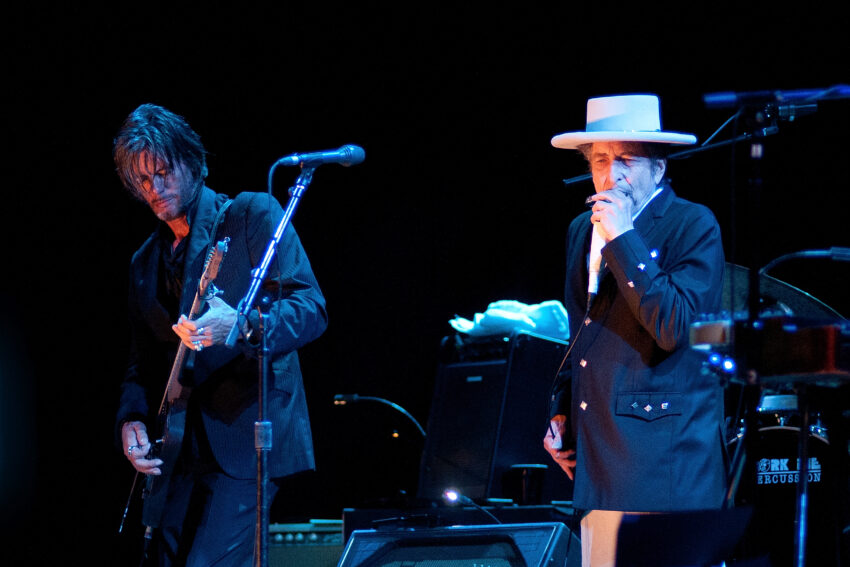 How many thousands of pounds must a rare Bob Dylan record be worth? The answer, my friend, is projected to be upwards of £600,000.

A new version of the American singer’s hit Blowin’ in the Wind recorded in March last year by Dylan, 81, and his long-time collaborator Joseph “T Bone” Burnett, 74, is to be sold at Christie’s in London tomorrow.

Almost 60 years after the song was recorded for Dylan’s second album The Freewheelin’ Bob Dylan, bidders are being offered the chance to own the record on a new disc technology.

It represents the first new studio recording since the 1962 song was first released and, as the only copy, could fetch up to £1 million, according to projections.

Unlike the original it features a full band recorded live in the studio as Dylan sings. The singer is joined by Greg Leisz on mandolin, Stuart Duncan on violin, Dennis Crouch and Don Was on bass and Burnett on electric guitar and the song was recorded in Los Angeles and Nashville.

Sold on an Ionic Original ten-inch disc that is playable on a regular turntable, the musical innovation combines the materials used in CD and vinyl to create better sound quality and durability, according to designers.

The new technology is patented by Burnett, the Grammy-winning producer who was a guitarist in Dylan’s band in the 1970s before going to work with some of the biggest artists in history.

“It felt holy,” he told the BBC when asked about the recording. “It always feels holy for me, playing with Bob — and I think we did it in one take, if I’m not mistaken.”

“We’re only making one because we view this work as the equivalent of an oil painting,” he added.

Burnett compared the one-off recording to fine art. “I don’t know what an original recording of Bob Dylan singing one of the most important songs of the last century is [worth] today but I know it’s not point $0.001 divided by five billion, which is the reality that musicians face now”, he said, in reference to the streaming revolution.

This week, Dylan fans and potential bidders have been offered the opportunity to go to Christie’s saleroom in central London to privately listen to the record where an employee uses silk gloves to place it on to a £30,000 hi-fi system.

The record has already been on tour with exclusive listening sessions offered in Los Angeles and New York.

The song, reportedly written by Dylan in ten minutes in a Greenwich Village café in New York, was inducted into the Grammy Hall of Fame in 1994. It has been used by many social campaign groups, including the US civil rights movement in the 1960s.